The pseudoscience of positive thinking

- January 04, 2010
I was perusing PZ Meyers' blog (as I often do), and I was particularly struck by an article he linked to about a woman named Barbara Ehrenreich who survived breast cancer discussing her experience with the pseudoscience and cultural phenomenon of overcoming disease through "positive thinking". It's an incredibly eye-opening, insightful article that wonderfully illustrates the delusional cultural obsession with denial (link). Now, I don't advocate wallowing in cynical self-loathing, but is thinking positively all the time really a good thing?

The "power of positive thinking" phenomenon really hit its stride during the economic boom of the 90s with self-help gurus like Tony Robbins, Stephen Covey, Robert Kiyosaki, and innumerable others who cashed in on the craze by promising you improved relationships, better health and even financial security with a little can-do attitude. It was during the 90s that depression really became viewed as a bona fide clinical disorder, and the popularity of prescription drugs like Prozac exploded. This was by no means a secular phenomenon either; churches eagerly jumped on the boat and promised that with the prescription of prayer and faith, you'll have all the good fortune you deserve. And although the tide has waned a bit, you can still catch plenty of hoopla over crap like the "Law of Attraction" as illustrated in the ridiculous "movie" The Secret. 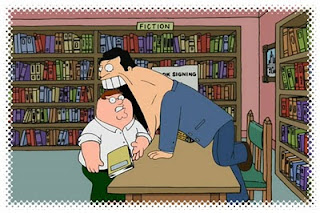 This cultural phenomenon is not only delusional, but dangerous. Insidiously, the obsession with positive thinking shifts us to an inescapable feeling of guilt when we find it difficult or impossible to remain optimistic. The reality is that human emotions fluctuate. It is perfectly normal to go through periods of sadness and despair, even when we have little to complain about. Frankly, there's really something wrong with you if you don't experience such things. And when we lose our jobs, break off a relationship, are diagnosed with cancer, or lose a friend or loved one, it's not only normal but important to allow ourselves to feel sad.

It's also an inescapable reality that a great deal of things happen to us that are simply beyond our control. Barbara Ehrenreich lived a healthy lifestyle, and was still diagnosed with cancer. Good, hardworking people lose their jobs during economic downturns and have to sell their homes. We get sick, we try our best and fail, we have our hearts broken. These kinds of things are difficult enough on their own; what do we gain when we compound such struggles by blaming ourselves? This quote from feel-good pseuodscientific loon Deepak Chopra, in response to a woman whose breast cancer was spreading to her bones and lungs despite her efforts to live a healthy lifestyle and think positively, made me particularly sick to my stomach:

As far as I can tell, you are doing all the right things to recover. You just have to continue doing them until the cancer is gone for good. I know it is discouraging to make great progress only to have it come back again, but sometimes cancer is simply very pernicious and requires the utmost diligence and persistence to eventually overcome it.


The greatest crime in this "positive thinking" phenomenon is that by convincing ourselves that we have the power to prevent misfortune, we inevitably blame ourselves when misfortune strikes. Personally speaking, I have never found greater depression than when I attempted to avoid confronting my feelings with obsessive optimism. More often than not, we don't need to be cheered up; we need to have a good cry, be held by someone we love, take time to be alone, and accept that we cannot control fate with feel-good soliloquies.


The renown psychotherapist Carl Rogers pioneered what is known as person-centered therapy. Rogers believed that people sought congruence between what he called their "self-structure" and their experiences. In other words, we want our beliefs to be congruent with reality. When we form a bias that conflicts with reality, we develop rationalizations to maintain this congruency. Here's an example:

Bias: Positive thinking and spreading good karma by helping others will keep me from getting sick
Experience: I've been diagnosed with pancreatic cancer
Rationalization: I must not have thought positively enough, or helped others enough.

As a personal trainer, I deal with motivational issues all the time. I don't advocate self-pity, of course; generally, it's good to be an optimistic person. But I certainly do not advocate obsessive positive thinking. Good intentions do not produce results or alleviate frustrations when we fail to meet the expectations we have set for ourselves. To find the greatest congruence between our experiences and our beliefs, we simply need to think realistically. We have to set realistic goals for ourselves. We have to accept that many things are beyond our control. We have to accept that we can try our best and still fail. We have to accept that it is normal to feel depressed from time to time, and only by accepting those feelings and allowing them to run their course can we begin to move on.
Pseudoscience