Sex, religion, and waiting for marriage

- January 23, 2010
My brother, three years my senior, got married last September. I'm sort of the black sheep of the family; my parents and my brother are all quite religious. It was, in fact, my brother who drew me into the vile claws of evangelical Christianity as a teenager. He's thankfully not a demon-exorcising, gibberish-speaking, faith-healing nut like we were once upon a time (at least as far as I know), but he's still pretty devout, and he met his wife when they were part of the music worship team at their church. Their wedding absolutely oozed religion from every pore – breaks for prayer, breaks for corny contemporary worship songs, and vows overflowing with references to the mystical, Jesus-centric nature of their marital bond.

So it probably shouldn't come as a surprise that, as I had suspected and my brother confirmed to me shortly before the wedding, they had indeed saved themselves for marriage. Well, at least with each other. They're both in their 30s, so I don't think any modern person can get that far without having sex, save for socially inept goofs like Fred, the 45-year-old virgin from the first season of VH1's The Pickup Artist. Nonetheless, including the time of their engagement, they were together for about two years before they tied the knot. That's a long time to be in a monogamous relationship without getting naked. Obviously, being an atheist, I don't have any religious reason to hold off for marriage. I haven't in any of my past relationships whether they lasted years or hours, and though I'm currently single, I definitely won't be waiting for marriage in any future relationships. 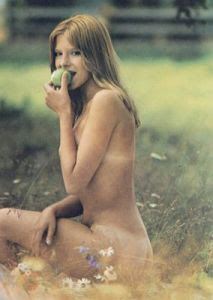 But it's not just because I'm not religious. I fundamentally disagree with the notion of waiting for marriage to have sex; I think it's detrimental to a relationship, and sex is too central a part of a long-term relationship to neglect it for months or years, then suddenly pick it up and expect everything to go smoothly. In fact, when it really boils down to it, that's exactly what a long-term monogamous relationship is: two people are agreeing to be mutually responsible for each others' sexual fulfillment. It's not something to be taken lightly, and it's not something that exists in a vacuum independently from the rest of the relationship.

Sex plays not just a role, but a central role in any monogamous relationship: it's central to how you bond emotionally, how you resolve conflict, and how you reinforce your bond during difficult times. The idea of waiting for marriage places sex in a distinct category as though it can be developed distinctly from the other major areas of the relationship; it can't. Sex requires an open, non-judgmental, ongoing dialogue throughout the relationship. People who wait for marriage to have sex are failing to develop the most central component of their relationship, both pragmatically (i.e., likes and dislikes) and in the broader context of its influence in all aspects of the relationship. And before someone objects and says sex isn't a central component in a relationship, consider simply that there are lots of people – often of the opposite sex – that we are very close to, with whom we share very intimate bonds but with whom we do not have sexual relationships. They're called friends.

Of course, people like my brother who wait for marriage can certainly still have very fulfilling sexual relationships if they work hard at establishing that communication. But they will still have to overcome the fact that the sexual component of their relationship is significantly lagging behind the rest of their relationship, and that is no small problem to tackle. And while I'm sure the "honeymoon" period will be as rabbit-like as any, it's really the months and years ahead that will present the biggest challenge, and that is when the lack of sexual development during the dating phase will come around to challenge the relationship.

There was a time when waiting for marriage was simply the pragmatic thing to do. There was no birth control, so if a man was having sex with a woman, he was probably fathering her children. Accordingly, women didn't usually have careers and people got married when they were very young and naive. But nowadays, with women achieving independence and waiting much longer before getting hitched, it's become that much more important to pay attention to sexual compatibility as the backbone of any long-term monogamous relationship. Committing to fulfilling your partner's sexual needs is no small responsibility, and those who begin the dialogue early and explore their sexual connection responsibly and openly are taking greater steps to ensure the long-term happiness and security of their relationship.
Religion Sex