The existence of brains: an argument for atheism

- February 10, 2010
On my old blog The Apostasy, I wrote a post about the question of whether God's existence is a scientific question. Most believers will say it's not, because, they will tell you, God transcends physical reality and his very existence cannot even be proved or disproved, much less observed and measured scientifically.

However, the truth is that people who claim God exists are in fact making a claim about the nature of reality. And the more specific these claims get about God – that "he" is patriarchal, that he designed and created the universe and everything in it (including us), that he loves us, that he cares about how we treat each other or even who we have sex with, the greater the burden for evidence becomes.

This is why I've always found the Cosmological Arguments to be laughably weak arguments. They're fallacious for a number of reasons (particularly the fallacy of the stolen concept as it relates to causality), but even if they were logically valid arguments they do not even prove the existence of an intelligent creator – simply a first cause. The theologian still has all his work ahead of him to prove that this cause is supernatural, eternal, intelligent, loving, and even extant. Those kinds of claims require a great deal of evidence. 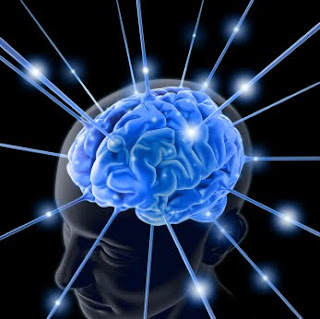 Supernatural claims about reality should logically coincide with what we observe. Particularly, they should be able to explain why we observe what we do better than purely scientific explanations. But do they? I once wrote a very lengthy post (one I'm particularly proud of, if I can toot my own horn just a bit) detailing why I do not think that God's existence, or the existence of "sin", can explain nature's indifference to suffering as well as a secular, atheistic viewpoint can. Similarly, I think there's an interesting fact about our minds that actually makes a decent case for atheism: the fact that we have brains.

The concept of God, particularly that practiced by modern Christians, is that of a disembodied mind that transcends our physical reality. But if a mind can exist without a brain, then why did God create us with brains? Notably, this is also an argument against a soul, or even substance dualism. Simply, if atheism is true, we have brains because we need brains. We can't have life and consciousness without them. However, if God exists, then the burden is on theists and dualists (usually one and the same) to explain why brains exist at all, since they are clearly not necessary for the existence of minds. What explanation can possibly be offered beyond a trite, "Well, I guess that's just how God chose to do it", which is quite obviously no explanation at all?

This simple argument nicely illustrates the fact that if God exists – particularly if some specific god exists – then his existence should explain our observable reality better than if he did not exist. But whether we are observing the hostility of 99.9999...% of the universe to life, nature's indifference to suffering, or the simplest facts of reality like having brains, the existence of God always seems to simply complicate, rather than illuminate.
Atheism Faith Philosophy