The god of the Bible is not pro-life; he's pro-death

It follows logically then that any position that claims to be "Biblically based" can be dismissed as nonsense, because there is no such thing as a position based on the Bible – only positions based on a wholly arbitrary interpretation of the Bible. And modern conservatives love to throw out random scriptures that appear to show that God values human life even in the womb, thus making abortion immoral. God, they claim, is pro-life. Others, most famously Catholics, use the Bible as a justification for opposing the death penalty.

But is the Christian god really pro-life? Before I even start listing scriptures, consider that the entire Christian theology is based on death. In Genesis (as interpreted by Christians), God cursed humanity with sin for their disobedience. Then God decided that the only price that could redeem this sin was death, and required his followers to slaughter animals as offerings. But nothing we imperfect humans had was enough, so God sent his son... who is also himself... to sacrifice himself to himself so that he could pay on our behalf the price he mandated for the curse he put on us. Does your head hurt yet? Yes, and I mean this in the nicest possible way: Christian theology is fucking stupid. The degree of willing credulity required to believe this nonsense defies imagination, and I am sincerely baffled at how many otherwise highly intelligent people don't bat an eye at this kind of stuff. Maybe it's because so few Christians actually read the Bible.

But I digress. I don't know that any of what follows even requires commentary; simply listing the scriptures is enough. Think the god of the Bible is pro-life? Think again:

God loves killing children, infants and the unborn
The story of Jephthah 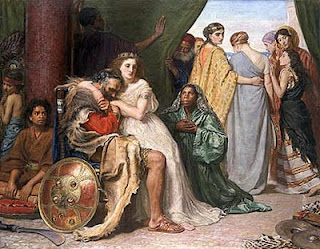 In Judges 11:30-40, which I will not repeat here as you can simply read it for yourself, God grants favor to Jephthah in battle after Jephthah promises that in return, upon his arrival home he will offer the first thing to come out of his house as a burnt offering to the Lord. Darn the luck, it happens to be his daughter, and God poses no objection to Jephthah murdering his unfortunate daughter as a human sacrifice. And why would he? The god of the Bible is obsessed with death. It should be painfully obvious to anyone who actually reads the Bible that this is the god of primitive, ignorant, superstitious tribal people. Thankfully, there's not a shred of evidence that this perverse god actually exists.
Christianity