- February 21, 2010
I've always been interested in philosophy, and obviously with this blog and my previous blog The Apostasy, I often spend time discussing philosophical arguments regarding the existence and nature of God. And I think that there is a lot of value in pondering those things. However, it seems to me that a much more relevant question than "Does God exist?" is "Does it matter whether God exists?" The only thing worse than a god that is unlikely to exist is one whose existence is trivial.

In the last couple of posts, for example, I talked about the cosmological argument, and my objections to natural theology in general. But even if the cosmological argument were correct, it would only be capable of proving, at best, a deistic god. And really, if people imagine God as a hands-off, abstract intelligence that merely set the universe in motion, what difference does it make whether they believe in God at all? 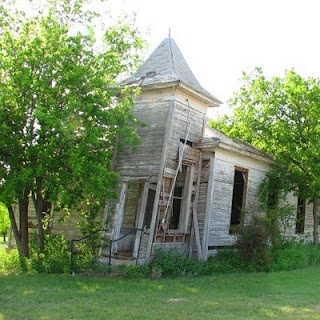 I had the same thought when I first listened to my favorite apologist punching bag William Lane Craig talk about God being the source of "objective morality". It's a stupid argument, but what really struck me as odd was his concession that you didn't need to believe in God to be a good person or live a moral life. Instead, he was really just positing the existence of God as the source or origin of our innate moral compass. But isn't that just a bland, academic kind of distinction? I don't think he's even close to being right, but even if he were, who would care? He's made the same kind of argument about meaning, suggesting that although we can indeed find our own meaning, that without God there is no "objective" meaning to life. Again, that seems to me to be incredibly trivial, since we will each ultimately define our life's meaning in our own way anyway.

I'm an atheist, and I live a great life. I have a wonderful family and the best friends anyone could ask for. I'm not wealthy, but I have everything I need. For me, life holds great meaning, and it does so without any delusions that I am special or that this incomprehensively vast and complex universe was placed here for me. I live a moral life out of an acknowledgment of our innate human solidarity. I am, in every conceivable way, a very happy person.

So it certainly begs the question... what good is faith? What good is religion? When I was young and wrapped up in the church, I naively believed that it was impossible to live a truly good, happy, fulfilling life without believing in God. But it is. And while it's fine for the more philosophically inclined among us to debate the existence and/or properties of divine entities, a much more salient question is simply whether it matters at all. If we can be moral without the church, if we can be fulfilled without believing in supernatural magic, what good is religion, even if its claims were true?

Of course, the fact that its claims are complete and total bullshit certainly does not hurt.
Atheism Faith