How C.S. Lewis convinced me to reject Christianity

- February 21, 2010
When I was a young, enthusiastic evangelical Christian, I undertook an inquiry into philosophy and apologetics that would eventually be the undoing of all my faith. When I began the journey, however, I did so with the most noble intentions. I had a lot of unresolved questions about my faith, and I believed that if my faith were truly the rock I believed it to be, it would stand up under the most rigorous critical scrutiny. Unlike many of my peers, who seemed fearful of reading materials critical of or counter to our Christian beliefs, I thought that a dispassionate understanding of opposing views was vital to growing stronger in my Christian faith.

I read a lot of books in those years, and among them was The Case For Christianity by C.S. Lewis. C.S. Lewis is to this day held up as a beacon of Christian reason, as someone who made Christian theology the domain of academics and learned philosophers – someone who made less inquisitive believers feel comforted that such a learned and intelligent person still saw faith as being of the utmost importance.

But I took a more critical approach. After reading the book, my immediate instinct was to try to dissect it and turn it on its head, to find little loopholes that would undermine the validity of the arguments. I did this not out of a desire to undermine my faith – quite the opposite. I wanted to prove to myself that Lewis' arguments were air-tight.

The book begins with Lewis arguing that humanity is, at its core, flawed. We're corrupt, selfish, and driven to deceive and harm one another. He posits this as evidence that we have not merely a soul, but an innately sinful soul. His intent, nobly, is to establish this premise independently of the Bible or Christian theology. But it was here that it alarmed me just how easy it was to completely undermine the arguments in his entire book. 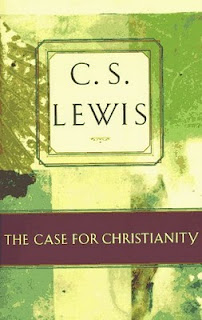 See, I didn't have to go through the entire book as I expected, trying to pick holes in this argument or that. I simply realized that all of his arguments were predicated on the initial assumption that we have sinful souls. But what if I didn't accept that as a valid explanation for our behavior? After all, his conclusion seemed more than a bit presumptuous: "We behave selfishly sometimes, therefor we have eternal souls cursed with a sinful nature." What if I posited that humans are innately cooperative and interdependent, and that there may be scientific explanations for our occasionally competitive and selfish behaviors? Lewis failed to demonstrate why a "sinful soul" was a valid explanation for human behavior – he just assumes that it is. And since we cannot prove or disprove whether we have souls, I did not need to disprove his argument – merely find another plausible alternative. And if that plausible alternative is scientific, well, a scientific explanation is always more parsimonious than a supernatural one.

All of the philosophical "proofs" for God's existence and the heady-sounding arguments put forth by apologists fail to acknowledge one fundamental truth: if you cannot independently demonstrate that I have a soul, much less a sinful soul, you will not be able to convince me that I need salvation. For all the attempts by Christian philosophers to use reason and logic to prove God's existence, they overlook this most fundamental assumption. There is simply no basis for logically establishing the existence of souls, thus it will always be strictly "faith" – or, more accurately, a blind assumption. Rid yourself of this singular assumption, and the entire foundation of Christianity comes tumbling down.

I read The Case For Christianity, and very shortly thereafter realized I could never again call myself a Christian. Not because I didn't want to believe, but because I had held the arguments up to critical inquiry, and they had failed.