I don't respect the clergy

- February 24, 2010
Generally speaking, when people attain credentials marking high levels of specialized knowledge, I feel obliged to show some measure of respect for their achievement. I would not be so presumptuous, for example, as to lecture someone with a PhD in physics on the implications of quantum mechanics. This isn't a hard and fast rule, of course; people with doctoral degrees can still say and do stupid things, often by stepping outside their field of expertise. And not all education is created equal – I'm not about to be impressed by someone who has a degree from Regent University. But, generally speaking, I think most of us realize that the high level of specialized knowledge marked by such degrees indicates that at least on their particular subject, they speak from some position of authority.

This is not the case with clergy. Whether they call themselves reverend, pastor, minister, father, or dear leader, being an expert in theology is like being an expert in astrology or homeopathy. It's a claim to knowledge predicated on a litany of baseless assumptions, and these falsehoods are used to coerce and manipulate throngs of ignorant, superstitious people into adopting absurd beliefs that range from comically benign to virulent and deadly. To be clear, I don't think that clergy are being deliberately dishonest, nor that they are bad people or stupid people. There are some very smart people who peddle some really stupid nonsense (Francis Collins comes to mind), and of all the culturally ingrained biases we have, our laxity toward critically evaluating the truth claims of religion is certainly among the most difficult to shed given how deeply rooted it often is in our personal and social lives. 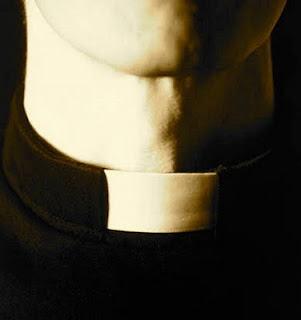 The problem really comes back to the nature of theology itself. Anyone who's read my blogs will have heard this familiar refrain: there is no methodology by which to discern true theological claims from false ones. Take, for example, the notion that we have a soul. The entirety of Christian thought is predicated on the assumption that not only do we have souls that survive our bodily deaths and retain our conscious minds for all eternity, but that we have corrupted souls that need to be "saved" before they can unite in the afterlife with the divine creator of all things. But what is the basis for claiming we have a soul – much less an eternal, corrupted soul? Is this a claim that can be established independently of any particular theology? That seems like a pretty large "leap of faith" to me, particularly considering how drastically one's entire view of life can be altered once this assumption is granted.

The assumption that God exists is just as egregious – particularly the notion that God is a theistic god who loves you, cares about how you treat others, controls the events around you, listens to your prayers, forgives sins, and told the women of tribal Israel to burn their clothing after menstruating. Upon what independently verified knowledge are such assumptions predicated?

Theology, as an intellectual endeavor, is doomed to stagnation because it is founded upon a series of immutable assumptions, none of which can be independently established. Thus the men and women (mostly men) of the clergy who purport to be experts in the field, and who posture themselves as being in a position to tell laypeople the will and attributes of God, are intellectual charlatans. And such affronts to rational inquiry and reliable, verifiable knowledge do not deserve our respect.
Logic Religion