The network theory of deconversion

- July 12, 2010
Something that's frustrated and surprised me as an atheist is how resilient some theists can be, even when they're consistently on the losing side of an argument. In a discussion with my parents once upon a time, I posed this logical dilemma for them:


God is – according to Christianity at least – omniscient, omnipotent, omnipresent, and all-loving. Because he is omniscient and not bound by the laws of space and time, he knows the future. This means, necessarily, that he would have known mankind would rebel against him; he would have known that many would not be redeemed, and end up spending eternity in hell. He would have known that certain people would inflict great suffering upon others. So if God is all-loving, why would he create someone knowing they would make others suffer (like Hitler), or create anyone whom he knew would ultimately reject him and spend eternity in hell?

My parents pulled out the old "free will" argument, but that doesn't work here because God (being omniscient) would necessarily know the path each of us will choose. I've seen similar queries posed to Christians on several occasions and have never heard a competent response. This very well illustrates the illogical nature of the Christian god.

Now, you'd think that something like this would create some serious cognitive dissonance. And maybe, to some extent, it did. But my dad's response was to argue that just because this kind of problem comes up doesn't mean we should stop believing. And after learning about "network theory", I can understand why he felt that way.

I can't take credit for this; I saw this in an excellent video series on Youtube about one young person's deconversion from evangelical protestantism to atheism. He's a computer programmer, so the use of "network theory" made for a good analogy.

The idea here is that if a network is attacked by hackers, parts of the network can be disrupted but the network as a whole will remain intact and functional. Similarly, a believer's concept of God is not based on one discreet domain of knowledge, but a network of knowledge and experiences. These may include things like: 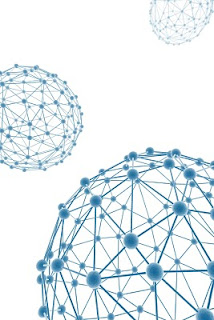 In the course of my blog, I've tackled all of these subjects at one time or another. But while I'm confident my blogs may be able to create some cognitive dissonance in one of these "nodes", the "network" itself will remain intact as long as enough of the other nodes are in place.

The number of nodes that need to be disrupted will vary greatly depending on the individual. It's a pretty small minority of Christians, for example, who have spent much time studying guys like C.S. Lewis or modern apologists like William Craig and Alister McGrath. It's even less likely that their faith hinges upon a mastery of those arguments. Certain things, like supernatural events, will vary greatly from one denomination to the next. A Catholic or mainstream Protestant probably won't think much of the psychological arguments against claims of experiencing the Holy Spirit, speaking in tongues, or casting demons out of people. If someone is heavily involved in the church, they'll also find reassurance in the conviction of their fellow believers by assuming that even if they do not know how to answer a perplexing question, surely a fellow parishioner or pastor does.

It's been so long since I've been a Christian, or even a "theistic agnostic" that I tend to overlook what a long, difficult and emotional process my de-conversion was. Christianity crumbled piece by piece for me – the Bible was full of logical conundrums and blatant contradictions, and Christian theology didn't make any sense; the philosophical arguments of C.S. Lewis and other apologists were far too easy to deconstruct, and even in my teens the holes in their arguments were glaring; I had to re-consider my experiences with speaking in tongues, witnessing miracles and experiencing the holy spirit and ask myself if perhaps there was a rational explanation to account for these experiences; I had to rely only on my own critical thinking, because I realized that most Christians I encountered did the same thing I had done – when they hit a wall they couldn't pass in their own thinking, they simply pushed it in the back of their minds and assumed that someone more learned probably has the answer.

Deconversion is nothing like conversion. The God concept is implanted in our minds at a very young age, and we only need a little groupthink and confirmation bias to steer us into all kinds of irrational thinking and behavior. Deconversion, however, is a long and mostly intellectual process of critically examining our own thoughts, biases and experiences. It often involves a profoundly emotional separation from friends and family, and almost all of us have experienced ostracization to one degree or another. Above all, unlike conversion – which is centered on acquiescence to groupthink and confirmation bias – deconversion relies solely on the individual's capacity for skeptical inquiry. Perhaps our best asset when engaging a believer in a dialogue, then, is patience.
Atheism Religion