- August 15, 2010
People get PhDs in theology. I think that's kind of comical. It's the intellectual equivalent to getting a PhD in astrology, homeopathy, telekinesis or psychic clairvoyance. Of course, the people who actually study theology think it is serious business. But it's not. It's bunk. It is in fact so glaringly bunk that the whole field of "study" can be dismissed in one fell swoop... which I will do momentarily. But first, a little back story.

Writing the post I did the other day about the plurality of religions got me thinking back to my time as a Christian, and the process that led me from the flock. Bud over at Dead Logic is doing a series of posts telling his deconversion story, and I've gotten in touch with quite a few apostates over the last year or two and had the privilege of hearing their own stories. Interesting too is the number of emails I've received from Christians with whom I went to church as a teen, and they have all told me similar stories.

The stories are all about doubt. As Bud phrased it so beautifully in his own blog, "Doubt is a natural and healthy reaction from creatures capable of rationality, discovery and wonder." Yet from the letters I've received from Christians, doubt is seen as a troublesome thing - something that must be defeated or even ignored rather than embraced. Doubt is the bullet that kick-started the deconversions of every apostate I've ever talked with, and their experience with it is, time and time again, remarkably similar.

What I'm talking about here is the way in which people of faith attempt to reconcile their beliefs with the way the world actually is. They believe abc about God, but the world is full of xyz, and the two seem at odds with each other. Theology, as an intellectual discipline, is really nothing more than the attempt to reconcile any given concept of God with the world we observe.

The problem is twofold. Firstly, there is no ubiquitously agreed upon idea of what God actually is, much less what he does or what he wants from us. So since a coherent concept of God cannot be derived from observation, God is whatever you want it to be. However, this can create some problems when the traits you ascribe to your God have to be stacked up against the reality we live in.

This is precisely the problem I faced with the "many religions" question. I was told that God loved everyone perfectly and equally. The Bible seemed to make it clear that Jesus... well, per John 14:6, that Jesus is the way, the truth and the life and no one comes to the Father except through him. But that didn't really add up with the fact that there are now, and always have been, thousands of cultures spanning the globe that have never heard of Jesus. Or Yahweh, for that matter. If there were really only One True God, and he was really omnipotent and all-loving, why did he do such a lousy job getting the word out?

At this point, the theologians jump in. Theologians are, as Dan Dennett has said, the spinmeisters of religion. In his talk at AAI 2009, Dennett talks about the nature of theological spin. Good spin, he says, has four qualities:
This aptly describes the kind of theological rationalizations people conjure up to placate their doubts, or the "interpretive footwork" as Bart Ehrman describes it, that believers have to go through in order to reconcile their beliefs with the way the world is. 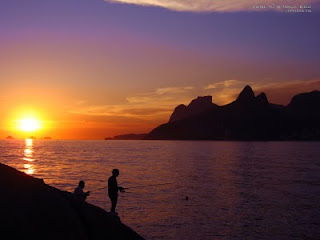 In my own case, and in the case of every apostate who has shared with me their deconversion stories, the process was the same: when faced with the discordance between our beliefs and the world around us, we reconsidered the validity of our beliefs. But believers often do not take that step, and instead spend lots of time conjuring up some sort of spin, and one of two things happens: they either find an answer that seems profound enough and relieves their skepticism without arousing further curiosity, or they simply assume that someone else has the answer and so they stop thinking about it. To believers, losing their faith is a terrifying prospect, and clinging to it even with one eye closed is more important than critical inquiry.

And this, ladies and gentleman, is why theology is an illegitimate intellectual endeavor: it always requires you to begin with an immutable conclusion. You begin the process of "inquiry" by making an assumption about what you think God is. Then you attempt to reconcile this assumption with reality. When things don't add up, you're forced to engage in all kinds of speculative interpretive footwork: "Well, maybe it's because God does things this way or that way... hmmm... yeah, I guess that makes sense... I guess... yeah... okay...." The elephant in the room is that there is no objective standard by which these conclusions are deduced, nor any objective standard by which any particular concept of God is established in the first place. You begin by affirming fluff, and you have to conjure up more fluff to keep affirming it. Theology is the intellectual discipline of making shit up.

Those of us who crossed over simply got tired of trying to fabricate excuses to rationalize our beliefs. Instead, we formed a worldview in which our beliefs are contingent on reality, not in conflict with it. When your beliefs are derived from reason and evidence rather than assumed on faith and conjured in contorted rationalizations, doubt becomes your friend. Truth becomes your friend. Ideas become malleable. Your view of the world becomes fluid and adaptive to what you see. And I think that the sense of intellectual liberation my fellow apostates and I frequently describe is derived from the liberation of our minds from the constant rationalizations we were forced to engage in to reconcile our faith with reality. Reality is much more wondrous when you simply take it for what it is.
Atheism Philosophy Religion