What does it mean for prayer to be untestable? (via Daylight Atheism)

- August 29, 2010
Daylight Atheism has a great post up confronting the claim many theists make in response to studies such as the MANTRA study, which showed prayer to have no measurable effect: that prayer is supposedly untestable. But that old canard reminds me of the immortal words of PZ Myers:


Science is simply a process for examining the world, and anyone can do it, even if you don't have a lab coat. If something has an effect or influence, you can try to examine it using the tools of science — so when someone announces that gods cannot be detected by observation or experiment, they are saying they don't matter and don't do anything, which is exactly what this atheist has been saying all along.

The reality is that few people believe in an irrelevant deistic god who just set everything in motion, then folded his arms, died, or went about making other universes. Most people who believe are theists who believe God has a real impact on their lives – their health, their financial prosperity, their ability to cope, their sense of happiness and purpose, their good fortune, etc. And maybe that's why people like me call ourselves atheists rather than adeists – because nobody cares about gods who don't actually do anything. What is a deistic god besides a perpetual argument from ignorance – a philosophical placeholder until we find a testable, rational explanation for our universe's origin? Theistic gods are a lot more interesting – they care about how you live your life, they answer your prayers, they intervene in the natural world and orchestrate events around us. The problem for theists is that anytime it's claimed that God intervenes in any sort of significant way, it's a claim that can be examined using the tools of science. 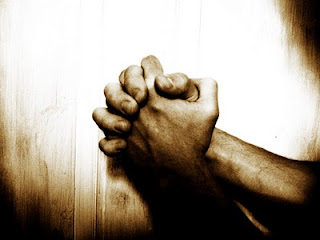 Which brings me to accommodationism, the hottest buzzword in the atheist blogosphere these days. Are science and religion really "non-overlapping magisteria" as the late Stephen Gould claimed? Of course they're not – unless the concept of "God" is so watered down as to be devoid of any pragmatic meaning or usefulness. I mean sure, people can argue for a deistic God or a pantheistic God, but if that's what God really is, who cares whether God exists? We're first tasked with the problem of how we could actually know whether such a god exists at all, and in those cases the absence of falsifiable evidence places such claims in the same category as leprechauns and unicorns. But even if we could answer that question, we're still tasked with explaining how such a deity's existence would actually matter to us, since by definition these deities don't intervene in the natural world in any way. Well... in pantheism, the natural world is God, which raises a related question – how could we know that we're not just anthropomorphizing blind natural processes?

That's why I do not subscribe to accommodationism – the idea that we should accommodate both scientific and religious views in any discourse that is intended to advance our understanding of ourselves and our universe. It's why I find organizations like the Templeton Foundation and Francis Collins' BioLogos Foundation to be laughably useless and, to the extent that they conflate science and religion as equally valid forms of inquiry to the point of promoting bad science, dangerous. Religion does, more often than not, make claims that are indeed scientifically testable. To the extent that religious claims are untestable, the theist is burdened with explaining how such claims are relevant to our experiences at all. I mean hey, I can't prove or disprove the existence of unicorns, but I'm not exactly losing sleep over it.

p.s. – I talked in depth about the futility of prayer here.
Accommodationism Prayer Religion