- October 21, 2010
You can't throw a rock at a theistic philosopher without hitting an argument about how the universe was designed for us. You've likely heard it before: the physical laws and constants are just right for us; our planet orbits just the right sized star at just the right distance. The universe is even just the right age for us to exist, as it has existed long enough for early stars to cook light elements into heavy elements before exploding in supernovae that spread their enriched guts across the galaxies, allowing planets and carbon-based life to form – but not long enough for stars' fuel to be used up, leading to a cold and empty universe. It certainly seems miraculous.

Hawking first looks at the universe on a smaller scale. Now that we have discovered other solar systems with Earth-like planets that could support life, our planet seems somewhat less miraculous. The possibility for a habitable world – which most astronomers describe as a world that can sustain liquid water – exists not as a precise number, but as a range of variables. If our star were only a bit larger or smaller, Earth as we know it could not exist. But larger and smaller stars can still support habitable worlds of their own; the "habitable zone" around the star simply varies proportionally with the size and heat of the star. 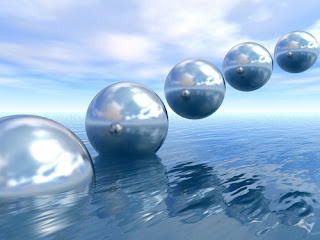 We also realize that life need not be like us. There could be any number of worlds with all kinds of bizarre creatures, and perhaps there are even worlds with, as Hawking describes, creatures that feed on silicon while swimming in seas of liquid ammonia. A recent issue of Scientific American had an article on Earth-like planets, and described one like ours, but closer to its sun and much more massive. It would be covered in a single vast ocean, and the immense gravity would create a layer of white-hot ice at its farthest depths. We can only imagine what kind of life might form on such a world.

We should not be surprised then that the conditions surrounding us happen to be just right for us. If it weren't, we simply wouldn't be here to ask the questions. On other worlds, strange alien creatures would also find that the conditions were "just right" to support their unique form of life, even though they would be very different from the conditions of our solar system.


The universe also seems designed on a broader scale; were the constants and laws of physics different, the universe would have been unstable. It might have collapsed back on itself before it expanded, or it might not have been able to form stars. In a universe with more than three spatial dimensions, elliptical orbits could not form and the gravitational pull of other objects would pull planets out of their orbits. But again, we shouldn't be surprised to find ourselves in this universe, for if it weren't just this way, we wouldn't be here.

The question then is whether we are, as Hawking implies, a product of this unique universe, or if it was designed for us. It is here when Hawking brings some weight to his No Boundary model, which he discussed at length in A Brief History of Time, and M-Theory and its multiverse. These models overlap and are congruent with each other, and in the next and last two sections of this review, I'll give an overview of them and talk about their philosophical implications.

Part 2 - The universe has all possible histories

Part 4 - A finite universe without a beginning