- October 21, 2010
In A Brief History of Time, Stephen Hawking discussed in some detail his "No Boundary" proposal, which models a universe that has no beginning or end. He mentions the No Boundary model in The Grand Design, but refrains from explaining just how it works. I suppose he felt that would be somewhat redundant, and contrary to the goals of the book which, at under 200 pages with many illustrations, is designed merely to give a conceptual overview of modern physics without getting much into the mechanisms of the theories themselves.

So to finish this review, I want to talk a bit about what the No Boundary model is, what M-Theory is, and why they're compelling ideas. But I should first reiterate that contrary to many criticisms leveled at Hawking, he does not posit these models as rigorously proved facts, but rather possible answers to the biggest questions. It's important to understand why this is sufficient for Hawking to realize his aim of removing theological guesswork from our understanding of the universe, which I'll discuss in the final part of the review.

The Big Bang theory, derived from General Relativity and confirmed by a great many observations, has a peculiar beginning: the cosmic singularity. This is what is commonly referred to as the "beginning" of our universe, and it should be no surprise that many theologians who believe in a creator have been quite fond of the Big Bang for precisely that reason. It seems to leave the question of what came before the Big Bang unanswerable, and those great mysteries are in the minds of philosophers the perfect place to seat a god.

But the cosmic singularity is not by any stretch the beginning of the universe; rather, it illustrates a limitation of General Relativity. Recall that in part 1, I talked about Hawking's proposal of model-dependent realism: we have no objective way of knowing what reality actually is, or whether reality as we experience it in our limited frame of reference adequately accounts for the true nature of reality. All we can do is construct models of reality that, if correct, will both account for current observations and accurately predict new ones. General Relativity is just that: a model of reality. Newtonian physics are also a model of reality, but we find that on very large scales, Newtonian physics are inaccurate. Similarly, General Relativity tells us little about the behavior of the universe on the scale of subatomic particles.

General Relativity holds that gravity curves the very fabric of space-time. As we go back in time and the universe gets smaller and smaller, the force of gravity would eventually cause the universe to become infinitely curved. This is the cosmic singularity – the "beginning", where it is often said that the laws of physics "break down". But the laws of physics do not break down; only the equations of General Relativity break down. We can continue to understand the universe, even when it is extraordinarily small, with the laws of quantum mechanics. Unfortunately, since we don't yet have a quantum theory of gravity, the ideas tend to be highly theoretical, like String Theory. But we are getting much closer to understanding how the universe might have behaved prior to the Big Bang, and Hawking's No Boundary model may prove very valuable in that regard.


The No Boundary universe

When Stephen Hawking, along with John Hartle, was doing work on Inflationary models in the 1970s, they found something interesting: as we go back in time and reach the beginning of the universe when it was extraordinarily small, dense and hot, the four forces of nature – the electromagnetic force, the strong and weak nuclear forces, and the gravitational force – are unified as a single force. When this happens, time no longer behaves as we experience it with a distinct past and future, but like another dimension of space. This is calculated using imaginary numbers, and thus is known as imaginary time. Just as we can move up or down or left and right in spatial dimensions, we can move forward and backward in imaginary time.

Imaginary time eliminates the cosmic singularity, and allows the universe to exist finitely, but without a boundary or edge. This can best be visualized like the surface of the Earth: it doesn't go on forever, but we don't just fall off the end because it has no such edge or boundary. In Hawking's model, we are simply referring to the dimension of time rather than spatial dimensions. In this universe, since time has no beginning, there is no moment of creation nor is there an end; the universe would simply be.

It should come as no surprised that some theologians have been resistant to Hawking's model not only for its implication that the universe does not need a creator, but for its use of imaginary time. My favorite apologist punching bag William Lane Craig expresses his contentions with Hawking's proposal as follows:


Hawking has recently stated explicitly that he interprets the Hartle-Hawking model non-realistically. He confesses, "I'm a positivist . . . I don't demand that a theory correspond to reality because I don't know what it is." [1]

...“imaginary time” featured in the model is physically unintelligible and therefore merely a mathematical “trick” useful for avoiding the cosmological singularity which appears in classical theories at the beginning of the universe. [2]

Craig's criticisms exemplify a poor understanding of Hawking's books. We've already seen that a central concept of Hawking's ideas is model-dependent realism, and Craig's criticisms clearly miss this vital point.  Craig seems to think that cosmological theories must correspond to our frame of reference, when in fact the opposite is true; our frame of reference tells us little about the true nature of reality, as quantum mechanics and relativity have amply demonstrated. 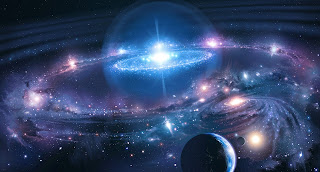 Moreover, Craig objects to imaginary time because, he thinks, imaginary numbers are merely a mathematical device that does not correspond to reality. But negative numbers themselves don't exist in reality, though they are integral to our understanding of it. You can have one or more apples, or you can have zero apples, but you cannot have less than zero apples. Irrational numbers such as pi similarly do not exist in the concrete sense that real numbers do, but they are similarly pivotal in developing reliable models of reality. Craig is unjustified, then, in arbitrarily determining that imaginary numbers – which, to reiterate, obey all the same rules as more familiar "real" numbers and are essential in many fields of science – are invalid representations of reality. Our frame of reference is not the standard-bearer for what is real and what is not.

But as with any scientific theory or model, the true test of it is whether it not only accounts for the observations we've already made, but also reliably predicts future observations. Hawking is very clear in The Grand Design that the No Boundary model is indeed testable. It has already made some interesting predictions, which curiously are not mentioned in the book. It predicted anisotropy in the cosmic microwave background which was confirmed by the COBE satellite, which Hawking mentions in the revised edition of A Brief History of Time. The model also predicted a geometrically flat universe with zero total energy, and we now know this to be true within an accuracy of 2%. So while the model may or may not provide the answers Hawking thinks it could, it thus far seems to be doing exactly what any good model should do.

This model creates some problems for theologians and philosophers. If the universe has no beginning, it does not require a creator. Science will not have disproved God's existence, but it will have done something perhaps much more devastating: made him unnecessary.

Part 2 - The universe has all possible histories