- December 23, 2010
It's that time of year when a great many theologically conservative Christian like to display their persecution complex – without all the things that go with actual persecution. They piss and moan because people have "forgotten" that Christmas is about Jesus, not about Santa and carols and flat-screen TVs. With the recent spurt of atheist billboards – including one that says, "You know it's a myth. This season, celebrate reason" – folks like Catholic League Head of Nutbaggery Bill Donahue are saying there's a "war on Christmas."

Here's the thing though. Nobody forgot what Christmas is about – they just don't care. Around this time of year, church services are packed with "cultural Christians" – people who identify as Christian but rarely if ever attend church and most likely don't even know the basic theological tenants of their religion. They're Christians because they were raised that way, because of cultural tradition, because it's fun to light candles and sing "Silent Night, Holy Night". They'll go through the motions once or twice a year, then go back to business as usual as soon as they walk out the door. As yes, those people will still check "Christian" on Pew surveys, giving us the inflated statistics about the religiosity of our country. 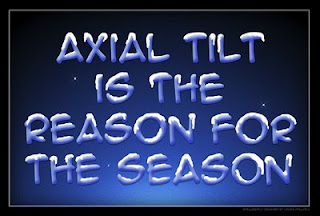 Most people I talk with these days are aware that the only reason we celebrate Christmas when we do is because many centuries ago, early church-states attempted to appease their pagan populations by Christianizing pagan holidays – in this case, the winter solstice. If anyone is guilty of hijacking holidays, it's early Christian states. And then there are those pesky atheist billboards. What the uber-religious fruitcakes don't realize is that those billboards are targeted at atheists. There are a lot of people who do not believe, but for cultural reasons go through motions anyway. There are many more who feel a bit like outcasts, who simply do not realize that they are not alone in their lack of belief.

If there's one thing that the "new atheist" movement of the last few years has accomplished, it's that it has made significant strides in eroding the perception that atheism is taboo. It's done other things, like spark a level of open dialogue that, thanks to the internet, is unprecedented in human history. And it's convinced a lot of people to question their beliefs and even de-convert. But the best thing about it is simply the message that if you're an atheist, it's okay. There are lots of people who don't believe in all that supernatural magic either, and you are not alone. That's a particularly important message around Christmas, when we're bombarded with sappy religious sentiment and a nation-wide cultural masquerade.