Why does anyone care about Westboro?

- March 02, 2011
Okay, I know they're really annoying and stupid. But this story from Huffpo just popped up in my Facebook feed about them:


A leader of the Westboro Baptist Church told reporters Wednesday that the congregation would "quadruple" the number of funeral protests in the wake of a ruling by the Supreme Court, which found that their controversial demonstrations were protected by the First Amendment, ABC News reports.

Last I checked, those "protests" look something like this: 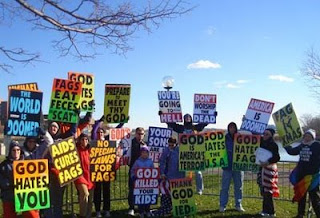 Just for reference, the March on Washington protests for civil rights looked like this: 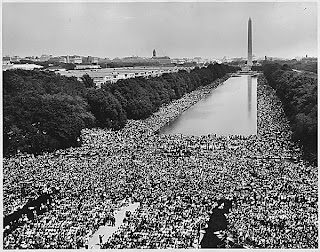 Who care about a dozen or so inbred morons? Well, they certainly do. They love the media fuss, and they feed off of it. If we quite giving them what they want, they'll go away.
Culture