- April 06, 2011
I really don't want this to become the William Lane Craig Antagonist blog, but I was looking up something on Craig's website Reasonablefaith.org and, stumbling onto his "Question of the Week", simply could not pass up this astounding display of absurdity.


I followed your recent debate with Lawrence Krauss, and as usual the debate was very one-sided in favor of the arguments you presented [/asskissing]. I reading a review and comments on the debate at http://apologetics315.blogspot.com/2011/03/william-lane-craig-vs-lawrence-krauss.html, one commenter objected to your comments concerning the resurrection of Jesus with the following comments:

"I was particularly embarrased for Craig, who I actually admire in many ways, for resorting again to one of the worst defenses he has ever used, in regard to Jesus' resurrection. The argument that, 'It's only improbable if Jesus were raised by NATURAL means, but if GOD did it, then it's not so improbable'. This is no different than me stating that I have a magic quarter in my pocket that allows me to run 5 times faster than a cheetah...and if you doubt it, I simply state that, 'It's only improbable if it's an ordinary quarter...but I said it's a MAGIC quarter!'. That does not increase the probability of the argument...you cannot pre-suppose the existence of an all-powerful being in order to prove the existence of an all-powerful being... you could immediately demand that I show you how fast I can run with my magic quarter...but you can never falsify appeals to an all-powerful, mysterious, hidden God. It has no bearing on reality."

This is how Craig replied – and my thoughts as I was reading it:

We are asking here about the probability of Jesus’ resurrection given our general background information apart from any specific evidence like the empty tomb, post-mortem appearances, etc. Greg [Cavin, a critic of the resurrection] pointed out to me that the hypothesis “Jesus rose from the dead” is ambiguous: it could mean either that he rose from the dead by purely natural causes or that he rose by some supernatural cause. The former is agreed on all hands to be absurdly improbable.

Yeah, and it would be a straw man to suggest that anyone thinks that Christians believe that Jesus rose from the dead naturally. But the problem is that you can't assume supernatural events are real to argue for the probability of a purportedly supernatural event. Any fool can recognize that as circular reasoning.  But more importantly, since supernatural events by definition do not follow the natural order, it is impossible to calculate their probability.

But that doesn't stop Craig from pulling out his "probability calculus":

where R = God raised Jesus from the dead; G = God exists; and B = background information

The hypothesis "God raised Jesus from the dead" makes several assumptions, not the least of which is that not only does God exist, but the Christian version of God exists. It also assumes that the gospels are historically accurate texts, which has never been factually established.

Worse, Craig apparently does not realize that mathematics deals with quantities. You can't just stick a letter between some mathematical symbols and say, "B=background information". You have to quantify the term "background information". Has Bill Craig ever suggested what these quantities are or how they might be derived? Of course not. Even if we were not dealing with allegedly supernatural events, this would be a completely worthless "equation" until the information was quantified. How do you solve "God raised Jesus from the dead divided by God exists"? I'm dying to know.

Firstly, even if the ridiculous excuse for mathematics above could demonstrate that God was more probable than not (it can't), that is not the same as demonstrating that God actually exists. Because God's existence is supernatural, the probability of his existence is mathematically indeterminate.  As Sean Carroll has pointed out, God is not described in the equations. Moreover, determining God's existence is independent of whether Christianity is true.

This is all a ruse by Craig to avoid actually addressing the fact that there is no contemporaneous evidence that Jesus ever existed, and that his best arguments are steeped in elementary logical fallacies.


But hey! Since we're putting meaningless letters between mathematical symbols and calling it an equation, allow me to introduce my own arithmetic: 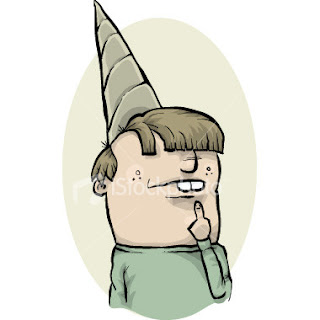 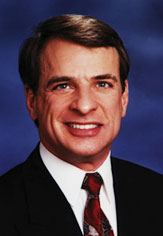