- April 06, 2011
I'm looking forward to this debate. I think Sam Harris will "win", although if we're using the strength of arguments as the metric, I don't think Bill Craig's won a debate yet. But we all know that he's an artful dodger, a master of obfuscation and a skilled orator. I have no doubt that shortly after the debate, his fans will be celebrating his victory while we nonbelievers will be typically unimpressed. This time though, I think we'll be generally pleased with the performance of his opponent. 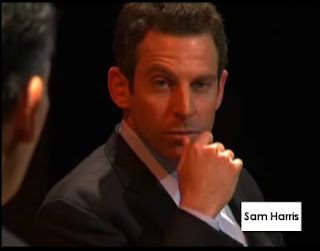 Most of Craig's debates are about the existence of God, which he exploits to cover as much ground as possible. By cramming in as many fallacies as he can muster, his opponent hardly has the time to rebut them all and make their own case. But this debate will be about whether goodness comes from God. The specificity of the topic will put Craig at a disadvantage – whenever the topic is narrow enough to allow for more exposition and nuance, the vacuity of Craig's tactics become apparent.

Case in point: his debate with Bart Ehrman on the historicity of the resurrection. Craig asserted that the resurrection is supported by "five facts", which all made the a priori assumption that the Bible was a reliable historical text. Ehrman, being smart enough not to take the bait, basically deconstructed the origin of the Bible and demonstrated that there was no valid reason to assume it is historically accurate. Craig's "facts" had been reduced to unsubstantiated speculation. Craig's response was a meager appeal to authority in which he asserted that "most New Testament scholars" believe the resurrection to be historical – a point he made repeatedly even after Ehrman had pointed out that most NT scholars are Christian. As Lawrence Krauss said following his own debate with Craig, that's like saying that most Muslim scholars believe the Koran to be historical.

But I digress. I've seen several of Sam Harris' debates, and he's a pro. He's exceptionally articulate in any speaking engagement, but his cool demeanor and his knowledge of neuroscience will work to his advantage – particularly in contrast to Craig's generally cocky and brash demeanor. I think back to Harris' debate with the gratingly obnoxious Rabbi Shmuley Boteach – Boteach practically yelled at the audience while Harris remained calm and articulate. Harris' cool demeanor has the potential to get Craig agitated, which would work to Harris' advantage.

Let's be clear about one thing though. We can safely predict, based on most of these debates, that most entrenched minds on both sides will remain unfazed. I've read Craig's arguments that morality must be derived from God, and in my estimation they're so awful that I'm sometimes shocked that someone with his education actually believes them. There's nothing Craig can cram into a debate that he hasn't already attempted to articulate in his numerous written works (which I have already read and critiqued [1], [2], [3]), and unless he's got something new up his sleeve I fully expect him to spout the same tired fallacies. But I'm always interested in listening to Sam Harris, and the circus will be nothing if not entertaining.
Debates Sam Harris William Lane Craig