- May 06, 2011
David Barton was on The Daily Show Wednesday night, and took an extended interview with Jon Stewart. In case, like me, you have never heard of David Barton, he's apparently a very influential evangelical (named so by TIME magazine) whose modus operandi is revisionist history. And of course, by "revisionist", I mean "lying about". He basically argues that the Founding Fathers were all devout Christians who wanted America to be run by the church. He thinks that states should be allowed to provide religious litmus tests for candidates for public office. And he claims to have access to a litany of Super Secret documents that prove our whole modern understanding of the constitution is wrong.

It's really just the standard "We're a Christian nation" bullshit with an extra helping of bullshit. Most fundies just try to argue that the Founding Fathers were all Jesus-loving churchgoers who wanted the United States to be dominated by Christianity, but Barton takes it a step further and tries to claim historical legitimacy. 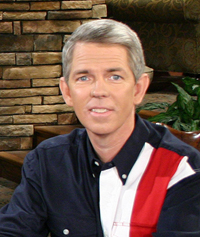 This is really an easy argument to win, though, because of what the Constitution actually says. Article VI contains two provisions that shatter Barton's ambitions: first, it forbids religious litmus tests for public office. Second, and most importantly, it establishes the supremacy of federal law over state law – so Barton can't argue that the ban on religious litmus tests should only apply to positions in federal government. That's the whole point of the union. I don't know if Barton realizes this, but the Confederacy lost the Civil War.

In the meantime, he's going around to churches promoting "family values" candidates, which is just another reason why churches should have to pay taxes like everyone else.

Check out his interview on The Daily Show here.
Christianity History Politics