The problem with natural theology

- May 19, 2011
I want to expand a bit on a concept I talked about a while back in my post on ontological naturalism: namely, the idea that supernatural concepts are fundamentally incoherent. Theologians argue that theology is, like science, a viable of means attaining knowledge; but I am going to argue that theology is in principle incapable of imparting us with knowledge.  I'm not concerned with theological debates over doctrine (revealed theology), but rather natural theology. From Wikipedia:


Natural theology is a branch of theology based on reason and ordinary experience. Thus it is distinguished from revealed theology (or revealed religion) which is based on scripture and religious experiences of various kinds.

Natural theology is what most apologists, from C.S. Lewis to William Lane Craig to Francis Collins to Alister McGrath, are preoccupied with; it's the idea that we can use our understanding of the natural world to make inferences about the existence and nature of divine or supernatural things. Take, for example, the Kalam Cosmological Argument:


The purpose of this argument is to articulate what we feel is intuitively true – the idea that something can't come from nothing – and cantilever those intuitions into realms that are beyond our immediate, objective reach. In other words, it's attempting to use our intuitive understanding of the world around us to infer things about worlds beyond us. That's the crux of all natural theology and, as I aim to show, its downfall. 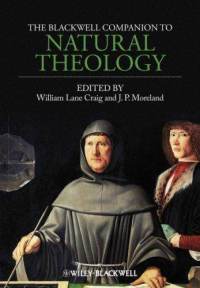 There are two major problems with the idea of using intuitive truths to make inferences about the supernatural. The first is one is rather obvious: that our intuitions can be, and often are, mistaken. In the famous double-slit experiment in quantum mechanics, a particle does not take one path from A to B – it takes all possible paths simultaneously. It's so bizarre and counter-intuitive that it seems like it can't possibly be true, and yet it's held up through decades of research. Similarly counter-intuitive is the idea that time slows down for person A relative to person B if person A is either moving faster or closer to a strong center of gravity. It's Einstein's theories of relativity, and despite being counter-intuitive we have a century of research and application that has borne them out. Our feelings of intuitive truth aren't enough to tell us about what is objectively true.

The second problem is that we, as physical beings confined to our universe, are bound by a certain set of rules. But things existing outside of our universe don't have to be bound by the same rules as things within our universe (by definition!), so we simply cannot use our reality to make inferences about any sort of supernatural reality. Let's revisit the Kalam argument for an example:
We can, for the moment, ignore things like virtual particles and quantum entanglement – phenomena in quantum mechanics which seem to defy this intuition. Even if we accept this premise, we accept it because of our own evidence-based understanding of physical reality: we have observed physical causation, and we know on some intuitive level that in our universe at least, things don't just pop into being.

Since this "non-physical causality" is not bound by the rules of our physical universe, we can't infer anything about it – including its very existence! – merely from the demonstrable fact that physical causality exists within our universe. But of course, inferring things about the supernatural from the natural is exactly what natural theology is supposed to do. It's a futile endeavor.

Now, I've seen a response to this (which I've commented on previously) from the theologian William Lane Craig on his website, in which he remarked:

I must confess that I'm baffled why atheists would think that causation presupposes time and space or at least time.

All Dr. Craig is doing here is speculating. He's imagined some ways in which this "supernatural causality" might exist, and then asks, "Why is that impossible?" I find that to be a rather weak rejoinder, simply because anything we can imagine about the supernatural is at least possible. "Possible" is pretty mundane; plausible is much more compelling, and he gives us no reason to think that it's plausible aside from circularly saving his own argument from catastrophe. Without affirming some such speculative trifle, the house of cards on which the Kalam is built comes crashing down.

Natural theology overestimates the value of our intuitions, which are often mistaken, but it commits its greatest folly simply by erroneously presuming that our understanding of physical reality can be used to make inferences about the supernatural. As soon as a contradiction arises – like pointing out that causality within the universe can't apply to the universe – the theologian need only cleverly shift his position ever so slightly: "Oh, but see, I'm not talking about physical causality..." Since the supernatural, by definition, is not bound by our the rules of physical reality, we can't assume that things that hold true for our reality – intuitive or not – hold true beyond it.
Atheism Kalam Natural Theology Philosophy Theology William Lane Craig