- July 23, 2011
Sad news (by way of WEIT): Embattled Harvard psychologist Marc Hauser has resigned. Hauser was found guilty of ethical misconduct by the university, and was subsequently put on a year's leave. Why he opted to resign is anyone's guess.

This is disappointing for several reasons. Hauser was a first-class researcher, a star of sorts in his field. His book Moral Minds: How Nature Designed Our Universal Sense of Right and Wrong is still on my must-read book for anyone interested in learning the science of moral behavior instead of attributing it to deities. But now a shadow will be cast over all his work, legitimate or not.

It's also a difficult issue because, while it was demonstrated that misleading data was recorded and published in the studies in question, it was virtually impossible to prove that Hauser deliberately fudged the data. It is entirely possible that he simply exhibited poor judgement, rather than conspiring to publish bogus studies. Whatever the case, it's too late now. This will be his legacy. 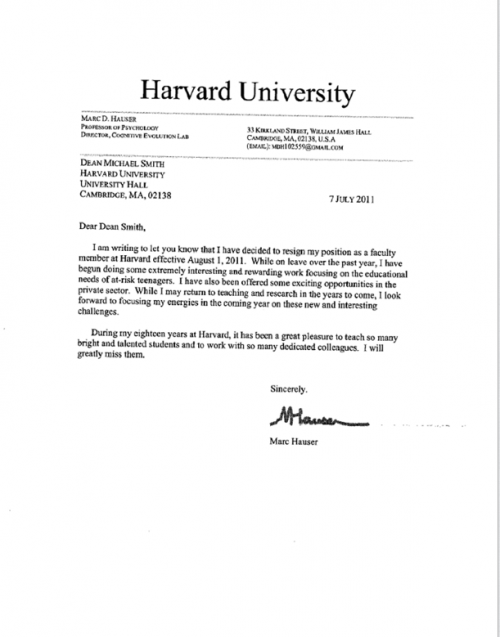