The numerous ways Rick Perry is an unintentional comic

- August 19, 2011
The forthcoming field of Republican Presidential hopefuls has some pretty entertaining loons. The old front runner, Mitt Romney, only faces problems among the base because of the influence of conservative evangelicals who do not consider Mormonism to be a legit Christian religion. He also ran for President last time, and failed to secure the nomination against a 70 year old man, which doesn't speak well for his charisma. Michelle Bachmann has plenty of appeal in that, like her partner in stupid Sarah Palin, she's folksy, dumb, and blindly religious. But most conservatives seem to realize she's not Presidential material.

Enter Rick Perry. It's my prediction that Rick Perry will be the Republican nominee for the 2012 elections, as polls seem to be indicating. He's a charismatic, Christian white male from the South who's got all the makings of a great conservative candidate: he was a terrible student in college [1], he loves to yammer about his upbringing in a small town [2] (because we all know "real" Americans don't live in cities), he's a climate change denialist [3] and a creationist [4].

One of his most unintentionally funny stunts was to make an official proclamation for the state of Texas to "pray for rain" [5]. Of course, it did rain... four months later. And when it did, conservative darling Fox News actually acted like it had something to do with Perry's call to prayer [6].

But recently, Rick Perry did something that, even for him, is pretty stupid: he falsely claimed that both creationism and evolution are taught side-by-side in Texas [7]. This shouldn't be a surprise since he's appointed creationists to the Texas school board four times [8], but since the Supreme Court has declared that teaching creationism is unconstitutional and since "intelligent design" has also been found in court to be a form of creationism rather than science, you'd hope that someone hoping to be the leader of the free world would be clued in on that kind of stuff.

Now look. Some people might argue that these issues are incidental, and that what really matters is Perry's views on economics, social issues, foreign policy, etc. etc. To which I say, bollywags! When I vote for someone to be President of the United States, I do so under the assumption that the person I'm voting for is better qualified for the job than I am – or, for that matter, better qualified than the average small-town used car salesman. Perry's stances on climate change, religion's place in politics, and the sciences reflects such an egregious and inexcusable lapse in critical judgment that it's an international embarrassment that he's even being taken seriously.


Oh, and then there's this: 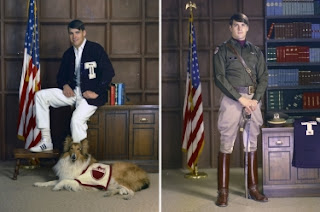