- August 15, 2011
H/T to Tristan: I recently watched a video on Sam Harris' blog in which he answered a series of questions submitted by readers. Now, I am most definitely a fan of Sam Harris, and I agree with much of what he says. But I do disagree with him occasionally, such as when he rambles about "transcendence". And to add to this short list, I have to take exception to his arguments about free will. Sam is a "hard determinist" who more or less believes that we are, for lack of a better term, automatons. He maintains that conscious decision making is nothing more than an elaborate illusion pulled over us by the complex circuitry of our brains. He further attempts to argue – unsuccessfully, in my opinion – that this should not demean our sense of responsibility and justice, for reasons I'll touch on momentary.

Sam is certainly not the first to raise the issue of free will, consciousness and determinism – it's one of the oldest debates in philosophy and science. And if he's to be believed, neuroscience is giving us insights into our behaviors which show the harsh truth that, as he puts it, "You do not choose what you choose". Now, I'm not going to take a hard-line stance here. Ultimately, that free will is an illusion may be a harsh reality that science forces us to accept. But it's my position that a great deal about consciousness remains to be understood, and that Sam's arguments both overlook some important issues and fail to tell the whole story of what is happening in neuroscience.

Determinism, as it's commonly understood, assumes the following: all laws of physics follow a precise chain of cause and effect. The difference between, say, a twitch of the elbow and higher cognitive function is simply one of complexity. If we could understand all the causal interactions between all the trillions of neurons in our brains then we should be able to predict human behavior as accurately as we predict any phenomenon. This means that what we perceive as choices are no more than the precise outcomes of a bafflingly complex neural network. We have no more influence over these causal chains of events than we do anything else in the laws of physics, thus what we perceive as being "choice" is purely illusory.

This would seem to undermine the notion that we ought to be held responsible for our behavior. Sam argues that we can still account for people's intentions, even if their behavior is beyond their control. But Sam stumbles here; for if his previous arguments are valid, then we are not responsible for our intentions either. How can we be? As he puts it, this is a "non-starter". We cannot be abdicated from the responsibility of our choices and then be held accountable for the motivations of those choices if they are both the product of the same deterministic processes.

But the biggest issue Sam's viewpoint raises is why we have consciousness at all. If we are deterministic automatons, we could carry out all our behaviors just as well regardless of whether we were aware of them. And yet, we have this phenomenon of subjective experience which says, "I experienced that." We are self-aware and are cognizant of our decisions. The best Sam's explanation can offer is that consciousness is a happy byproduct of these mechanistic processes. From an evolutionary standpoint, this seems wanting; why would consciousness evolve if it offered us no advantages whatsoever?

This is usually the point where the religiously inclined attempt to argue that our consciousness can only be explained as a supernatural gift, and we enter a futile debate over dualism. It's my position that both extremes are using an argument from ignorance. I call myself a "determinist" strictly in the sense that I believe we do not need a "ghost in the machine" to understand what consciousness is and how it works. We do not need to violate the laws of physics to have conscious thought. Besides, that argument always puzzled me: why would God go through the trouble of making such elaborate laws of physics governing our minds, and then require a suspension of those laws for us to be conscious? It's tantamount to arguing that the universe is designed... just not that designed.

Sam, like most hard determinists, argues that there's simply no place in the causal chain of events for free will to emerge; that, I believe, is a failure of imagination more than science or philosophy. It is possible – and indeed research seems to be suggesting as much – that consciousness does influence our behavior. How can this fit into a philosophical view of causality? Well, I'll leave that to the philosophers – we have to take the evidence as it is.

Sam's often presented research supposedly showing that our decisions occur in our subconscious before we're aware of making them. But on closer examination, these studies are far from the death knell to free will that Sam portrays them to be. 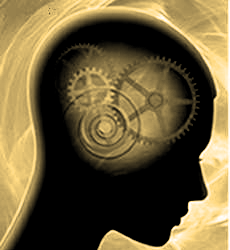 In a study published in Nature Neuroscience [1], two researchers attempted to expand on the research of Benjamin Libet and subsequent research showing that subconscious activity preceded conscious choices. In the study, researchers attempted to use brain activity to predict the outcome of a simple decision: to push a button with the right or left hand. The study found a much bigger gap – up to 7 seconds – than had previously been found between subconscious thought and conscious awareness of the decision.

Unfortunately, this study is not as impressive as it first sounds. The accuracy of the researchers' predictions was approximately 60% – not much better than a flip of a coin. Perhaps if the number of variables was much higher, the number would be a little more impressive – but this was literally only two variables: the right or left hand. Further, the researchers were unable to demonstrate that they hadn't simply observed the physiological mechanisms involved in button-pressing.


The evidence for conscious causation of behavior is profound, extensive, adaptive, multifaceted, and empirically strong. However, conscious causation is often indirect and delayed, and it depends on interplay with unconscious processes. Consciousness seems especially useful for enabling behavior to be shaped by nonpresent factors and by social and cultural information, as well as for dealing with multiple competing options or impulses. It is plausible that almost every human behavior comes from a mixture of conscious and unconscious processing.

Much work needs to be done to understand this interplay, and I'll spare the fuss over precisely what "free will" is supposed to mean. But if our conscious thought can indeed influence our actions, then the hard determinism espoused by Sam Harris is an emperor with no clothes. There is something to our consciousness and self-awareness that is functional, which evolved for specific reasons – not simply a pleasant illusion played by the subconscious brain.