This is Michael’s second week at “Faithful and True – Atlanta” a 16-week counseling program that, like dozens of others like it around the country, combines traditional psychotherapy with the Bible in an attempt to treat addictive behavior.

Blankenship, a devout Christian who once struggled with sexual abuse, says his own ordeal has helped him to treat and “graduate” nearly 500 Christian men and women with similar addictions in the last five years.

Christian therapies "curing" people of sexual ills? That sounds like something we've heard before, amiright Ted Haggard?  The problem, so it would seem, begins with thought crime:

He quotes the Gospel of Matthew: “But I tell you that anyone who looks at a woman lustfully has already committed adultery with her in his heart.”


The Christian problem of sex

I'll leave the rest of the article for your own dissemination. But to my eyes, this represents a fundamental problem with the way the Christians view sex: it's based on arbitrary interpretations of a 2,000 year old book, awkwardly melded with conservative sociocultural norms. Our view of sex should be based on science.

Knowing this, reading articles like the one over at Belief Blog makes me want to slap the stupid out of people. How can anyone be so blind to the obvious? Humans are sexual creatures. That's just the way it is and there's nothing we can do about it. Saying that it is a "sin" merely to look at someone "lustfully" is tantamount to a divine conviction of thought crime. Of course suppressing it is going to make it worse! And in focusing on porn, the Christians – as usual – have missed the real problem. Let's go back to the CNN article for a moment, and what kick-started Pastor Gyorke's movement:


Christianity: trying to solve problems of its own creation 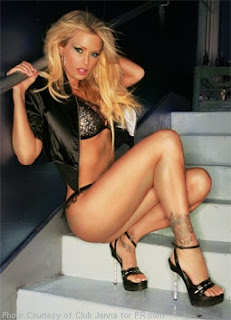 Consider also a recent case here in Tulsa, where a 19-year-old had sex with a 13 and 14 year old in the back of his car, and is now facing statutory rape charges. The young man's lawyer – an acquaintance of mine who told me about the case – mentioned that his family is very strictly religious.

But the problem is not that we think lustful thoughts; the problem comes when we attempt to control our thoughts, because guess what? You can't control your thoughts. That's why thought-crime 'sins' are so incredibly stupid. Here's an experiment: Do not imagine a white elephant. Whatever you do, try as hard as you can not to picture a white elephant. Now try going throughout the day, telling yourself not to think about the white elephant. Obsess over it. Engage in other activities to distract yourself from it. You'll find, as the researchers mentioned by SciAm Mind did, that the avoidance simply makes the 'problem' worse. You'll spend all day thinking about that damn white elephant. To make it worse, imagine that you believe it is morally wrong to think about that white elephant, so that you have a nice helping of self-inflicted guilt to accompany your fixation.

In my last days as a Christian, I came to believe that one of the most insidious falsehoods of Christianity is that we are essentially convicted as criminals merely for that over which we have no control: our humanity. Nowhere is this more evident than in Christianity's storied history of misguided sexual norms. I'm reminded again of the words of the anthropologist Pascal Boyer, in his book Religion Explained:


"If religion allays anxiety, it cures only a small part of the disease it creates."