Love, marriage, and other quandaries

- October 23, 2011
It's been heavy on the heady stuff here at The A-Unicornist. So here's something a little more introspective and personal.

I'm 32, and single. That old saying "Youth is wasted on the young" has become more and more apparent as I've gotten older. I think, in a lot of respects, I've been sort of a late boomer. It wasn't until I got out my last long-term relationship, which had lasted two years, that I really began to grow as an individual. My career was finally stabilizing (making a living as a personal trainer is not easy!), and I had control of my finances. And after finally finding the guts to end an unhealthy relationship, I was free to really develop my own identity.

I've had relationships since then, of varying degrees – one-nighters, friends with benefits, intense love... but nothing's worked out. Through the course of it all, I've grown incalculably. I've always considered myself introverted, but for most of my life I was terribly shy. I spent a considerable amount of time actively developing my social skills, and now I can do things I could never have done just a few years ago – I'm comfortable in most all social occasions, and that includes striking up conversations with strangers and meeting women (I generally avoid flirting in elevators, though). 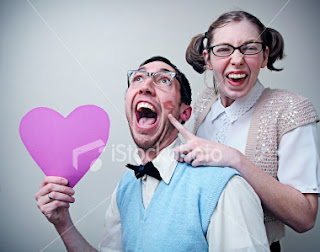 My experiences over the last several years have also powerfully changed my perception of love, relationships, marriage, and the expectations with which many of us are raised. I grew up with the idea that there was 'someone out there' for me, my soulmate, 'the one'. But – and I don't mean this to be cynical – that's a delusion, one that we buy into all too easily. The reality is that there are many, many people out there with whom we are compatible. And no matter how much we think we're in love, relationships are a never-ending process. Sometimes people grow closer, sometimes they grow apart; it's not good or bad, but just a cold reality. One relationship failing, no matter how gut-wrenching, does not spell the end for us. There's always a new beginning.

But the truth is, most of us greatly fear the unknown. We'll often endure misery as long as we can bear it just to avoid the scary idea of not having someone, or of starting over. That's exactly what kept me in a unhealthy relationship with someone struggling with addiction, and I think it's exactly what propels many people to enter into relationships for the wrong reasons or to endure them when they'd be much happier if they just moved on. Change is always a difficult process, but it gives us a unique opportunity to better ourselves and to ultimately be much happier.

I've come to realize that what I fear most is not being without a companion the rest of my life, but of being with the wrong person and quietly suffering in a relationship that is just stable enough to keep me bearably unhappy. That, alone, is enough to encourage me to enjoy my singlehood. Right now, sort of on the tail end of a passionate but ultimately hopeless relationship, my heart's not really in the game and I'd rather just hang out at home – playing guitar, reading, blogging, attempting to perfect my comical cooking skills, etc. I'm sure in time I'll be ready to get back out there and start meeting people. But for now, I'm happy with the realization that someone else cannot give you happiness. You have to find it for yourself. If you're lucky, maybe you'll have the chance to share it.