- October 28, 2011
I recently watched the three episodes of The Playboy Club on Hulu, and I enjoyed the show. Yeah yeah, it's like the old joke about reading Playboy for the articles, but I actually did enjoy the plot and the characters.

Its cancellation was due in no small part to the absolute onslaught of conservative media watchdogs slamming the show for being "pornographic", well before the show had even aired. That's right. The show was roundly condemned for, among other things:
... all before anyone had actually seen the show. It was enough simply to be associated with the Playboy brand. The conservative media group Parents Television Council raised the biggest huff, sending threatening letters to NBC affiliates and petitioning advertisers to cut ties with the show. The controversy was enough to slap NBC into barely even promoting the show and, as the ratings slid and advertisers were pressured into cutting support, cancellation became inevitable. The accusations of distributing porn are even more laughable to anyone who's actually seen the show, which is pretty much devoid of sex and nudity. 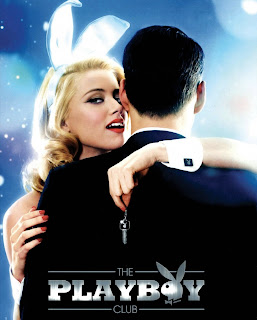 Playboy is pretty tame by today's standards, and calling it 'pornography' really begs the question of what, exactly, constitutes 'porn'. Playboy shows nude women. That's it. To each their own, but I think it's ridiculous to claim that the mere display of the naked female form is dirty and evil. Following the cancellation, the PTC released a press statement saying, "We're pleased that NBC will no longer be airing a program so inherently linked to a pornographic brand that denigrates and sexualizes women." I'm at a loss as to how the mere display of the naked body denigrates women, and I don't remember when human sexuality became something to be reviled, feared, and condemned.

Truthfully, as Hef himself said in a Tweet (Hef tweets?), the show should have been aired on cable where it could have found a more mature audience and been free to be a bit edgier. It's just sad that after 50 years, our culture still has not progressed to the point that women can openly express their sexuality without being condemned as "anti-family" and "pornographic". And shame on NBC for not sticking behind their show, promoting the hell out of it and telling these conservative idiots to take a hike. It's reminiscent of Comedy Central's ridiculous censorship of South Park episodes 200 and 201 (still not available on the South Park website) after threats from Islamic groups. Every time we bend to groups like this, we're saying, "Gosh... you're right! We shouldn't air something that might possibly offend someone!" Hey, here's an idea... if you don't like it, don't fuckin' watch it.

p.s. - The conservative media reaction is reminiscent of its reaction to the video game Mass Effect, which allows the player-character to enter into intimate relationships with other characters, and includes the possibility of homosexual relationships. A Fox News segment described the game as having "the ability for players to engage in full graphic sex". Not only was it completely false, but it begged the question of why the media was in a huff over an M-rated game intended for adults.