Physicist Lisa Randall on the conflict between science and religion 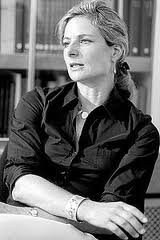 I totally stole this from Tristan (with his permission, of course), but it's just too good. I read Lisa Randall's excellent book Warped Passages a few years ago, and loved it. Her new book Knocking on Heaven's Door is on my short list, but Tristan beat me to it and yanked out a few quotes from her on the conflict between science and religion. I've never known her to have a Dawkinsian anti-religious agenda, but she knows her epistemology and these quotes really capture the heart of the matter:


"For a scientist, material mechanistic elements underlie the description of reality. The associated physical correlates are essential to any phenomenon in the world. Even if not sufficient to explain everything, they are required."

"The materialist viewpoint works well for science. But it inevitably leads to logical conflicts when religion invokes a God or some other external entity to explain how people or the world behave. The problem is that in order to subscribe both to science and to a God--or any external spirit--who controls the universe or human activity, one has to address the question of at what point does the deity intervene and how does he do it."

"Clearly people who want to believe that God can intervene to help them or alter the world at some point have to invoke nonscientific thinking. Even if science doesn't necessarily tell us why things happen, we do know how things move and interact. If God has no physical influence, things won't move. Even our thoughts, which ultimately rely on electrical signals moving in our brains, won't be affected...."

"If such external influences are intrinsic to religion, then logic and scientific thought dictate that there must be a mechanism by which this influence is transmitted. A religious or spiritual belief that involves an invisible undetectable force that nonetheless influences human actions and behavior or that of the world itself produces a situation in which a believer has no choice but to have faith and abandon logic--or simply not care."

"This incompatibility strikes me as a critical logical impasse in methods and understanding. Stephen Jay Gould's purportedly "nonoverlapping magisteria"--those of science, covering the empirical universe, and religion, extending into moral inquiry--do overlap and face this intractable paradox too."

"Empirically based logic-derived science and the revelatory nature of faith are entirely different methods for trying to arrive at truth. You can derive a contradiction only if your rules are logic. Logic tries to resolve paradoxes, whereas much of religious thought thrives on them. If you believe in revelatory truth, you've gone outside the rules of science so there is no contradiction to be had."