- November 10, 2011
I linked to this over on the A-Unicornist Facebook page, but I also wanted to link to it here because I think it's just that damn good. Shaun at The Atheist, Polyamorous Skeptic has an outstanding post responding the accusation of "scientism" that is often leveled at non-believers. Choice quote:


Part of the problem, as I see it, is that the critics of the so-called “scientistic” people (one is tempted to juts call them “scientists”) seem to not understand the position as it is commonly used by those, such as myself, who believe that science is the preeminent epistemological methodology in the world (perhaps the universe!).  The other part is, as has been pointed out, that this method conflicts too much with theological methodology which is often non-empirical.  People like [theologian John Haught] have a bias, a conviction that ties them to a set of doctrines which make claims at odds with science, and so they see something beyond the reach of empiricism.

But to say something is beyond empirical reach is to say that there are non-empirical things.  Well, how would they know? How could they know? From where could they get that data? Revelation? By what train does the “revelator” travel in order to get from a non-material world to a material one? What are the connecting tracks made of? Without a justification for how they get their information, were are right to be skeptical.

As I echoed in my comment on Shaun's post, we non-believers often point out that it is a fallacy to place God as an explanatory mechanism in places of scientific ignorance – the origin of life, of the universe, of consciousness, etc. When we do this, we're often accused of a dogmatic adherence to materialism, naturalism, or the aforementioned 'scientism' – the notion that we are refusing to even consider divine explanations. 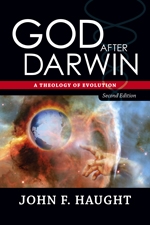 This is simply a false characterization of our position. Our objection is a valid one which should be easy to comprehend: that the inability of science to explain something does not render a divine explanation valid by default. Throughout history, a great many things were thought to have divine or supernatural explanations, only to have scientific explanations usurp them. As Sam Harris has frequently pointed out, it's hard to think of a single example of the opposite happening .

But to the objection that we are unwilling to so much as consider divine explanations, or that we are dogmatically committed to materialism, nothing could be farther from the truth. We are simply committed to systems of evidence that demonstrate their claims. Well, we only have one of those, and that is empirical science. Theologians have not been able to postulate a system by which we could reliably discern true divine claims from false ones; instead, they simply place God in the gaps while attempting to cantilever assumptions based upon our rational understanding of the natural world into realms that are in principle beyond the purview of rational inquiry. The folly of such an approach should be readily apparent.