- December 11, 2011
Most atheists, it seems will tell you that they are "weak atheists"; that is, the extent of their atheism is a "lack of belief in gods". This is just another way of saying, "Gods may or may not exist, but their existence hasn't been sufficiently established by falsifiable evidence, so I do not believe in them." This is often thought of as a sort of "agnostic atheism", and it's pretty consistent with where most non-believers fall. In The God Delusion, Richard Dawkins rates belief on a seven-point scale:

Dawkins places himself at a 6, as I generally do. But in my experience, most theists seem to associate atheism with "strong atheism", which is a positive statement that "Gods do not exist" – the last on the Dawkins scale. So theists claim that our arguments must then conclusively prove that gods do not exist, which of course is impossible since gods are purportedly supernatural and beyond the purview of empirical validation. When we refuse to answer (since it's an irrelevant challenge), the theist claims to have bested us.

But for me, it's not quite so cut and dry. Whether I consider myself a strong or weak atheist – a 6 or a 7 – depends very much on the kind of god in question. I think believers often take for granted that their particular conceptualization of God is only one of many, and different arguments become relevant depending on what a believer claims God is and does.

It's entirely possible to define God in such a way that his existence can never be verified. Deepak Chopra's god, for example, is a pantheistic "universal consciousness"; it's as if to say that the universe itself is alive and thinking. How could we possibly test whether the universe is conscious? Poke it? Talk to it? This is an idea that is in principle unfalsifiable. Technically, we have to remain agnostic, since we can't know with any reasonable certainty whether it's true. But since the concept is completely untestable, it's also invalid – and we can go on with our lives with the assumption that such a god is either non-existent or irrelevant. If there's one quote I hope ends up being attributed to me, it's this one I've repeated often: The only thing worse than a God that does not exist is a God that might as well not exist.

But a theistic god is a little different. A theistic god is one that reveals himself to people; he influences their thoughts, listens to (and answers) their prayers, performs miracles, and (depending on how much of a fundie you are) exacts punishment through natural disasters, disease, suffering, and death – or rewards through prosperity and good health. This is not a passive deistic or pantheistic god that is simply some ethereal "creative consciousness"; this is a god who creates, destroys, and interacts with human beings on a myriad of levels. 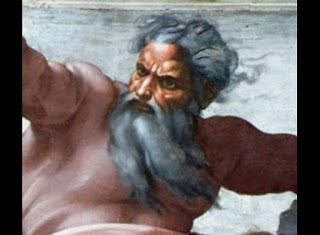 This type of god – the Christian, Jewish and Muslim type of god – is one I feel fully confident saying does not exist. I'm not just saying "probably not"; I'm saying "No way". That's because unlike a deistic or pantheistic god, a theistic god – because he interacts with the natural world – is testable. If indeed there is a God who does any of those things, there ought to be ample evidence of it. And yet for all the claims of faith healing, there is not one scientifically documented, independently confirmed case of a miraculous healing. Several studies on intercessory prayer have found no effect, and believers cannot distinguish purportedly answered prayers from random events. If we examine patterns of weather, climate, geological activity, etc. – or examine patterns of health, prosperity, suffering and death – there is absolutely no pattern whatsoever which suggests that any such thing occurs as a matter of intent. The tendency of some believers to retroactively connect such events with "God's judgment" is much more easily explained by confirmation bias. And finally, literally all of the theistic arguments for God's role in the creation of the universe, of life, of humanity, of morals, etc., are arguments from ignorance that attempt to place gods in the gaps of scientific ignorance – they are never based upon falsifiable hypotheses.

It could be argued that a theistic God still exists, but that he is nevertheless undetectable by any means of objective, independent inquiry. But a God that somehow influences the natural world, yet remains undetectable, is logically incoherent. In the words of Lisa Randall,


... logic and scientific thought dictate that there must be a mechanism by which this influence is transmitted. A religious or spiritual belief that involves an invisible undetectable force that nonetheless influences human actions and behavior or that of the world itself produces a situation in which a believer has no choice but to have faith and abandon logic--or simply not care."


Following my deconversion from Christianity, I spent many years identifying as a "theistic agnostic". For mostly emotional reasons, I was hesitant to let go of some sort of vaguely defined higher power, and I gladly would have stubbornly recited the cosmological, design and moral arguments with atheists (and indeed I did). But in time I realized that what mattered to me is not so much whether God exists, but whether God's existence ought to matter to me. God can always be conceptualized such that he's forever just beyond the purview of empiricism, rendering evidence of his existence based solely on unverifiable claims of 'revealed knowledge'. But nothing has been accomplished except to define God, if not out of existence, out of relevance.