- December 18, 2011
In part 1, I gave the general outline of Social Contract Theory. It's essentially the idea that we are a bonded, interdependent species, and that in order to survive and thrive we must live in cooperative social hierarchies. This necessitates the advent of certain rules, whether explicitly stated or not – that we must respect the needs and interests of others if we wish others to respect our own needs and interests. It could be said that the 'Golden Rule' is the unstated heart of all SCT.

Conventional SCT has been what Frans De Waal describes as a 'Veneer Theory' – i.e., we are in our most basic form cruel, selfish and tyrannical. It is only through our capacity for reason, whether it is as Thomas Hobbes suggests the ability to recognize our responsibilities toward others or, as John Locke suggests, our ability to recognize some transcendent moral authority to which we are ultimately subject. Either way, our nature is perceived as the disease, our capacity for reason the cure.

But modern research into moral behavior is telling us something very different. We're finding that many behaviors we've long assumed to be uniquely human – altruism, self-sacrifice, caring for the weak, etc. – are in fact quite common in the animal kingdom. They are most poignantly observed in our primate cousins, the chimpanzees and bonobos, but can be observed in a variety of intelligent mammals from dolphins to elephants.

There are two important points to take from this. The first is that our capacity for kindness and empathy did not begin with us, but has a long evolutionary heritage. It's simply absurd to believe that such traits emerged with us or, more absurdly, were bestowed upon us by the divine. De Waal, in an article for the New York Times, remarks,


I am wary of anyone whose belief system is the only thing standing between them and repulsive behavior. Why not assume that our humanity, including the self-control needed for livable societies, is built into us? Does anyone truly believe that our ancestors lacked social norms before they had religion? Did they never assist others in need, or complain about an unfair deal? Humans must have worried about the functioning of their communities well before the current religions arose, which is only a few thousand years ago.

This echos the sentiment famously opined by Christopher Hitchens:


Let's assume the story of Moses is true, even though archaeologists have utterly discredited it. Do our Jewish ancestors have to put up with the insult from us at this late stage that, until they got to Sinai, they thought murder and theft and perjury were OK? Of course not. There would have been no such people if they thought that. There has never been a society or civilization that did warrant those things. And you don't need divine urging to see that they're wrong yourself.

The fact is that none of us behaves in a generally moral fashion primarily out of any sense of a rational obligation. We can certainly reason about moral behavior and attempt to alter our behavior accordingly, but most moral behavior is fundamentally irrational. 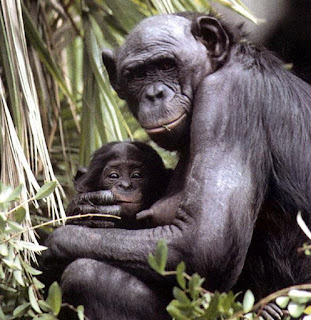 Take, for example, a mother caring for her newborn child. She does not need to be reminded of her moral obligation to care for the child; she instinctively cares for the child. Nor, if we see a toddler wander out into a busy highway, do we need to pause and ponder the virtue of self-sacrifice – we rush to help the child without hesitation. If we see a commercial for the United Children's Fund or some other such charity, we are shown images of suffering children. The advertisement does not wax on about our moral obligation to help others or our duty to do charitable works in service of a god, but attempts to elicit an irrational, emotional response; the advertisers hope that our innate sense of empathy will be triggered, that we will see a child like us or like our own children and feel compelled to help.

This means that much our moral behavior is not the result of a 'top-down' veneer in which we rise above our cruel and selfish nature through our power of reason. Instead, our capacity for altruism, empathy, sympathy, and self-sacrifice are deeply engrained within us. The Social Contract, then, is not written in our laws or our holy books – it's written in our DNA.

At this point, I haven't addressed how naturalism accounts for kindness and cruelty, and the circumstances under which cruelty arises; that's because I've spent considerable time discussing it elsewhere. So, for further reading check out my series on moral reasoning.