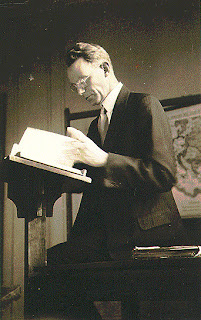 That should get you started. If any of these don't make sense, pray about it until they do.