- January 11, 2012
Larry Moran over at Sandwalk has a post up where he's talking about Christians' attempts to link Hitler with Darwinism and atheism. It's a pretty desperate ploy for anyone who knows anything about history.

I'm pretty sure Hitler didn't invent the idea of being a would-be world-conquering tyrant. Let's not forget all the Christian imperialists who conquered the land most of us are now sitting on, slaughtering and enslaving much of the native population. The Spanish Christians even implemented Encomienda, which was the systematic regulation of Native American labor through slavery, brutality, and forced conversion. Or shall we go back to the Saxon wars, where the pagans of Northern Europe were conquered and forced by the sword to convert to Christianity? Ever wonder why Christian holidays like Christmas and Easter are on dates that originally coincided with pagan holidays? Some might argue, per our war in Iraq, that Christian imperialism is alive and kicking – I believe it was Ann Coulter who said we should "bomb them and convert them to Christianity".

The persecution of the Jews? Does anyone really think Hitler invented that? Martin Luther, the German (fancy that) theologian who was the godfather of the Protestant Reformation, was a raving antisemite who late in life wrote a book called On Jews and Their Lies in which he extolled the persecution, isolation, imprisonment and execution of Jews. And who was behind the Inquisition, which was the systematic torture and execution of Jews lasting several centuries? A bunch of atheists? No, try again... it was the Christian church. 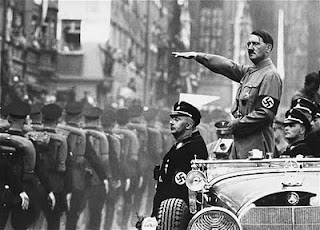 Obviously Hitler wasn't doing anything new. The Christian persecution of Jews has a long and nasty history, with accusations of blood libel and host desecration being recorded well into the 20th century. But more than that, Hitler frequently spoke of his Catholic faith in writings and speeches. Was he just a paper Christian? Maybe, maybe not. But it's not like Christians hadn't been doing for hundreds of years the same kind of Jew-hating things and world-conquering things that Hitler was doing.

So, that brings us to Darwinism. Presumably this is relevant because of eugenics, which was advocated by some high-ranking Nazis as a justification for some of Hitler's more macabre practices. But there's a massive hole in that argument, which is that even to the extent that eugenics was considered by scientists (before scientists ditched it because it's a pseudoscience), no reputable scientist ever advocated anything remotely like what Hitler was doing. There's certainly no Darwinian basis for the notion that German people were part of some superior "race".

To me, these kinds of ploys tend to vastly oversimplify the reasons why tyrants like Hitler come to power and do the things they do. There are all kinds of cultural, economic and political factors that must reach a sort of "perfect storm". I don't know any atheists who've said that Hitler did what he did because he was Catholic, although obviously his beliefs about Jews are intertwined with Christian beliefs and practices. What's more, even if Hitler were an atheist, I don't see what that would prove. Atheism is not an ideology. It means you're not a theist. I'm an atheist, sure, but I'm also a secular humanist – which advocates for positive values rooted in our innate human solidarity.

Stalin was (presumably) an atheist, but he was also a power-driven megalomaniac who sought absolute control over his people. I have to scoff when I hear Christians call Stalin's Russia an "atheist society". Coercing people into abandoning their religion under the threat of military force is not an atheistic society.  For that, we can look to the modern cultures in Northern Europe, where citizens have voluntarily left the church in droves. And although I'm a little skeptical of the true number of "atheists" in those countries, as "unaffiliated" is often conflated with atheism, it's clear that people in developed secular nations – the United States being an outlier – are making less and less room for religion in their lives. And, it just so happens, these are some of the most peaceful, prosperous nations on Earth. Is that because they're non-religious? No, but if rejecting religion were the perilous endeavor some Christians make it out to be, those societies ought to be in complete disrepair.

So, this post ended up being much longer than intended. I even added a picture. And just for fun, I'll add another that has nothing to do with anything. Knibb High football rules! 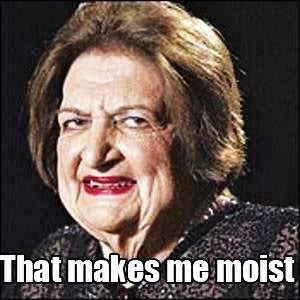