The Matrix for chickens

- February 16, 2012
There's a fascinating article in Wired about an architecture student in the UK named Andre Ford who has proposed a "headless chicken" farm, where chickens have their cerebral cortex removed so that they are essentially vegetables (well... figuratively). They would be raised in vertical grids, oblivious to the macabre reality of their existence. Says Ford,

I'm not a vegetarian, but I'm not oblivious to the conditions to which animals are subjected and I have to admit this is an intriguing solution. It doesn't look like our demand for meat is going away any time soon, and the idea of humane industrial farms, with chickens and cows prancing around happily like in the romanticized images we have of family farms, is probably just a pipe dream.

My initial reaction, admittedly, was shock. This is what it's come to? These are living creatures, not things. And yet, Ford's rationale is difficult to argue with:


“The realities of the existing systems of production are just as shocking, but they are hidden behind the sentimental guise of traditional farming scenes that we as consumers hold in our minds and see on our food packaging.” 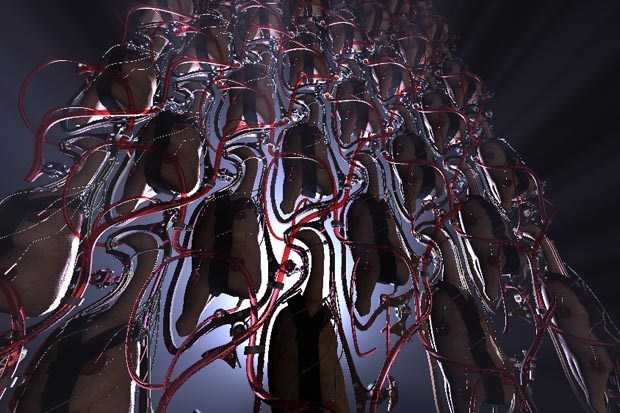