- February 25, 2012
I'm not a fan of the use of probability arguments regarding the existence or non-existence of God. Richard Dawkins says that God's existence is exceedingly improbable; theologians say that the organization of the universe, with all its precise physical laws, are too improbable not to be the product of design. 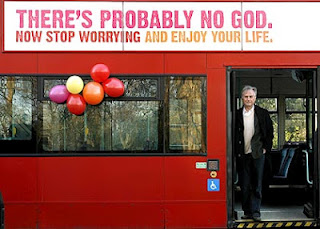 Probability also runs into problems on the atheistic side. Saying that God's existence is "improbable" is to me quite unsatisfying, because there's no way to determine the probability of supernatural things. Moreover, it depends heavily on how exactly "God" is being defined. Gods in the form of deistic or pantheistic beings that do not intervene with the natural world are simply indeterminable. But if we're talking about a theistic God, we could at least examine evidence of the claims as to how, exactly, God intervenes. Does he answer prayer? Cause natural disasters? Speak to people? Give people visions and/or warm fuzzy feelings? Orchestrate mundane daily events to 'bless people' by saving their lives or getting them that promotion?

These are all empirical claims, and they can be tested. But we can't really ask what the probability is that they prove or disprove God's existence; if the evidence doesn't match up, we could say that people just don't understand God's role correctly, or perhaps we've just looked in the wrong places. We might be able to ask, in a broad sense, what the probability is that such events can only be logically explained by the intervention of a deity – a position which doesn't bode well for the believer given the advances of science in accounting for the above delusions. But that's it. We still can't directly ascertain the probability of a theistic God's existence.

Then again, perhaps we non-believers are simply suggesting that the probability of us being wrong is low. Which it is.