- February 09, 2012
The question of Proposition 8's constitutionality is likely headed to the Supreme Court. As is usually the case when the court does things they don't like, conservatives blame it on "liberal activist judges". I watched the vile sub-human beast Ann Coulter on MSNBC the other day, and she opined that judges have no right to subvert the will of the people. Since a (slim) majority voted in favor of Prop 8, it's unconstitutional to say it's unconstitutional.

Funny. I always thought civil rights were the kind of things that aren't just up to the majority. I mean come on, lots of states weren't happy about the Civil Rights Act being imposed on them, and I think it's safe to say that if we'd let individual states decide through the vote whether to preserve segregation, lots of us here in the Southwest would still be drinking from "white only" drinking fountains.

The Constitution guarantees two very important things: first, the 14th Amendment declares equal protection under the law. That means that as long as the government – whether state or federal – provides various incentives (tax and otherwise) for married couples, you don't get to say that marriage is okay for some people but not for others. Secondly, Article VI – the Supremacy Clause – guarantees that federal law always supersedes state law. That means that if something is unconstitutional, states can't grant themselves exceptions to the rule – like voting for pro-segregation legislation. It's the same reason why the annual ritual of various backwards idiots in state legislatures attempting to shove creationism into the science classroom is futile – it's already been declared unconstitutional by the Supreme Court. There's no opt-out clause for states, and you know why? Because the Union won the fucking Civil War, that's why. 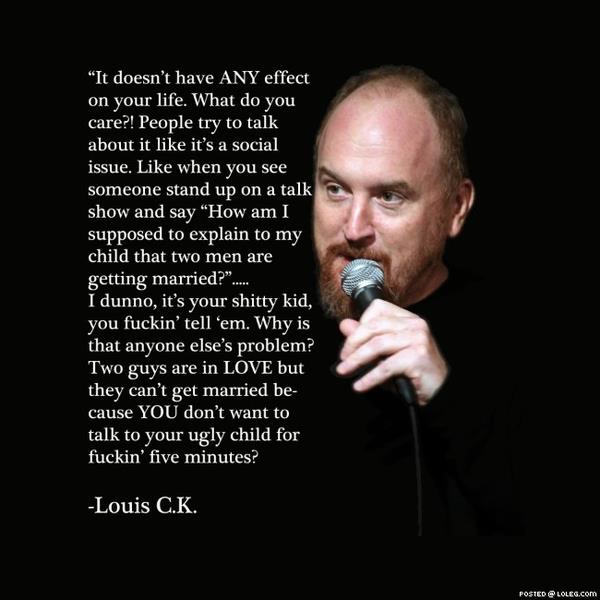