7 Myths About New Atheists: Myth #5 – Atheists have just as much faith as believers

- June 15, 2012
I don't know why, but for some reason last night I found myself watching an old clip from Hardball with Christopher Hitchens and Bill Donahue. In case you're not familiar with Bill Donahue, he's one of those people who constantly talks in a half-yell and has said, among many other dumb things, that that child-molesting priests weren't pedophiles because "The vast majority of the victims are post pubescent. That’s not pedophilia buddy. That’s homosexuality."

Anyway, he frequently used the term "dogmatic atheist" to denigrate Hitch, and I was really curious about what exactly he meant. Being an atheist means you don't believe in any God or gods. That's it. There aren't any holy books, no doctrines, nadda. So, what do we have to be "dogmatic" about?


Then there's that book, I Don't Have Enough Faith to Be an Atheist by Norman Geisler and Frank Turek. Oh, and Ray Comfort's book, God Doesn't Believe in Atheists: Proof that the Atheist Doesn't Exist. And in case you thought that only a young-Earth creationist crackpot like Ray Comfort would say something that stupid, William Lane Craig – the theologian who occasionally mistakes himself for an authority on physics – has similarly claimed that atheists don't actually exist.


So, why is this the case? Why do believers think that atheists are people of faith, and that we don't really believe what we say we believe?


Believers (and a word of caution: I'm generalizing about the believers I encounter most frequently by far, which are the Christian-defender types) seem to think that God's existence is self-evident. Ray Comfort famously thinks that he can trip up atheists by asking them, "How can something come from nothing?" Presumably, the notion that the universe had a creator, and had to have been designed, is so self-evident that to deny it requires us to believe in something completely absurd, like, I dunno, 'The universe popped into existence out of nothing by random chance'. [note: I'm using the 'ex nihilo' definition of 'nothing' here, not the connotation of empty space used by physicists]


But if there's anything that we non-believers are contesting, it's precisely the idea that the existence of any God or gods is self-evident. Where did the universe come from? Well golly, let's ask some physicists:


"The singularity at the Big Bang doesn't indicate a beginning to the universe, only an end to our theoretical comprehension.  It may be that this moment does indeed correspond to a beginning, and a complete theory of quantum gravity will eventually explain how the universe started at approximately this time.  But it is equally plausible that what we think of as the Big Bang is merely a phase in the history of the universe, which stretches long before that time – perhaps infinitely far in the past.  The present state of the art is simply insufficient to decide between these alternatives; to do so, we will need to formulate and test a working theory of quantum gravity." - Sean Carroll [1]

"So long as the universe had a beginning, we could suppose it had a creator. But if the universe is really self-contained, having no boundary or edge, it would have neither beginning nor end: it would simply be. What place, then, for a creator?" - Stephen Hawking [2]

Atheism isn't about having faith in some sort of dogmatic creed or doctrine; it's not about claiming to have the answers to everything; it's about asking the right questions.  It's about doing away with unnecessary, useless and epistemically unjustified questions like, "where did the universe come from?" Well, guess what? The laws of physics do not require it have to come from anything at all. Maybe it can "simply be". 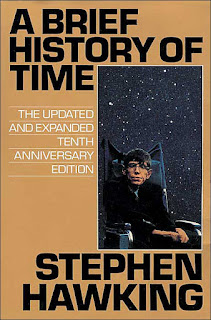 I'd take this all a step further, too. It's often said that atheism is a "lack of belief in gods". I take this to be generally accurate, as long as we're talking about some vaguely defined higher power. But theists don't stop there – they assign God many specific attributes and claim that certain physical phenomena (like the origin of the universe) simply cannot be explained at all unless we invoke a higher power. On these sorts of gods, I take a stronger stance: they almost certainly do not exist. I say that because, were it true, then a "God hypothesis", as it were, should have some kind of predictive utility.

Recently, I took an opportunity (as I often do) to bash William Lane Craig, this time for supporting a so-called "Lorentzian" interpretation of Einstein's theory of special relativity. Back in the the 19th century, physicists – among them Hendrik Lorentz – postulated the idea that space was permeated by an invisible "ether", a substance through which light traveled. Einstein, by showing that the speed of light is the same for all observers at all velocities, proved that the "ether" doesn't exist, and the theory was abandoned. Well... for the most part. Some (philosophers more so than physicists) have still tried to work Lorentz's ether into modern interpretations of special relativity, but the ether has no predictive utility... in "Lorentzian Ether Theory", its existence is superfluously assumed.

But in Real Science, things that have no predictive utility and require an extra layer of assumption are generally discarded. And so it is with God. Invoking supernatural explanations tends only to complicate matters, raising more questions than it answers while requiring us to add on layers of unjustified and unnecessary assumptions. Being an atheist simply means getting rid of those assumptions. It doesn't require "faith" in some alternative explanation – simply the ability to ask the right questions. Once it's clear that belief in God is based on unwarranted assumptions, theism unravels all by itself.