How to prevent shootings: Jesus and guns

...which contains this great line...


"The nation's citizens also confirmed that, any time now, some religious figure or cable news personality will say something unbelievably insensitive about the tragic shooting."


"People say ... where was God in all of this?" Gohmert said. "We've threatened high school graduation participations, if they use God's name, they're going to be jailed ... I mean that kind of stuff. Where was God? What have we done with God? We don't want him around. I kind of like his protective hand being present.

And this one which (I think) is from former Rep Ernest Istook of my home state of Oklahoma:


"It does make me wonder, with all those people in the theater, was there nobody that was carrying a gun that could have stopped this guy more quickly?" 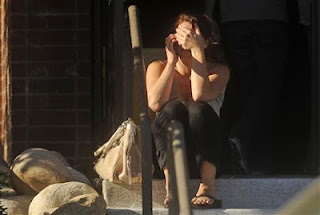 How stupid is all of this? Let me count the ways. I mean golly, let's first go back to those idyllic, halcyon days when everyone was a Christian and there was no murder, no injustice, no slavery, no genocide... oh wait, that's right, Christians have spent the vast majority of their history doing those things.

And let's ignore the fact that although news stories like this give the impression that violence is on the rise, violence is actually on the decline and has been for quite some time, even as religion has become less and less important to Americans. Or we could ignore the fact that per capita, the "Bible belt" states are more violent than more secular coastal states.

Oh, but the guns. Yes, why didn't everyone have guns? Surely this is powerful evidence we need open-carry laws. So what happens when someone starts shooting in a dark movie theater, and everyone starts whipping out their guns? Who shoots who? Everyone is scared shitless and shooting at each other in the dark. That couldn't possibly go wrong! Then the cops arrive on the scene, and instead of one shooter, they have a whole theater full of them. Who started it? Who's the bad guy?

Well, we've got the requisite stupid conservative quote. Now we just need someone blaming it on video games and heavy metal.