- August 05, 2012
I don't want to toot my own horn too much, but I've changed my mind on a lot of things. I deconverted from Christianity after a lengthy study of theology and comparative religion that included several extended dialogues with clergy. Nearly a decade later, I deconverted from an agnostic theist to a full-on atheist. More recently, I've refined my views on topics ranging from free will to the value of philosophers to the ethics of industrial farming and animal testing.

That's happened because no matter what I think, I seek out contrary views. I treat my own ideas with skepticism. It's important to understand that no idea is sacred; nothing should be above skeptical scrutiny, criticism, or even mockery. 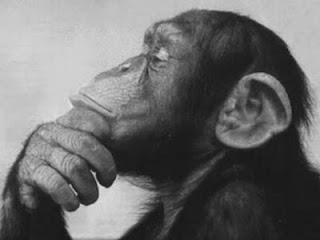 In the last week, I've had a couple of visitors to my blog who clearly have a different sort of mindset – a guarded one. It's not the first time this has happened, but it pops up occasionally. Someone finds me through some search engine or RSS, finds me talking about their pet argument, and proceeds to write one rambling essay after another purporting to school me on these topics.Without exception, these people want to suck me into lengthy debates – usually without even reading the whole post, much less using the tabs at the top of the page or the search bar to find related posts.

Well, I'm not going to bite. I've been doing this long enough to know that certain people will never be persuaded, no matter how in-depth the debate, simply because they have no interest in thinking critically about their own views. This isn't to say I dislike being challenged – on the contrary, I think it's important and I welcome constructive criticism.

But here is an example, from earlier today, of what not to do:


By the way, just so you now, since you have no knowledge of physics... All these models proposed are not empirical. They are just guess work. They are mathematical formulations that as of yet have not been tested. Now continue with your ignorance. ;)

This is all on the heels of an ID advocate who recently visited and attempted to school me on what science is or is not, before telling me that he'd taken some hallucinogens and talked with spirits. Not too long ago, it was a guy named James Redford hawking his pet argument about the "Omega Point Cosmology" (he was immediately blacklisted, and to see why simply Google "James Redford Frank Tipler").

Healthy criticism is marked by questions – hence the term "skeptical inquiry". It seeks to understand first, and object later – and expresses objections concisely, clearly, and with the provisional mindset that the original argument may not be fully understood. I want to change minds and provoke critical thought, as well as expose my own opinions to critical scrutiny. But I've learned that certain people aren't in the business of having their minds changed. And I'm not going to get sucked into worthless debates with people who are unwaveringly convinced of the certitude of their own opinions. I blacklist them, delete their comments, and don't look back. There's a fine line between constructive criticism and trying to turn my comments section into a platform for your own pet arguments, and I've got a low tolerance for the latter.

p.s. – I'm sure there is a temptation for some who disagree with me to resort to the old "physician, heal thyself" canard. Maybe I haven't changed my mind on certain things because I'm just that stubborn. Maybe I have been totally schooled and I'm just in denial.

Here's the thing though. I don't change my mind easily. I want evidence. I want sound arguments. And in many cases, I've spent literally years studying various arguments in depth. Sorry, but your odds of convincing me that the Kalam Cosmological Argument is a sound argument are basically nil. That's not because I'm stubborn; it's because I've examined the argument six ways from Sunday and I've never found it to be anything but a heap of fallacies. You can't just whip out your favorite quotes from The Blackwell Companion to Natural Theology and expect me to be impressed.

Ditto with the historicity of the Bible, the coherency of Christian theology, the validity of self-proclaimed spiritual experiences, the implications of modern cosmology, or arguments about "objective morals". I've been listening to these arguments for years. And sure, maybe I'm wrong – but I form opinions slowly, and I'm an informed dissenter. When someone trots along and thinks they can educate me like I'm some ignorant child (and bully me like one, no less), chances are they're just going to be pissing into the wind.