- September 25, 2012
The Hubble telescope has captured a new deep-field image, revealing thousands of galaxies many billions of light-years away (click for the full-sized image): 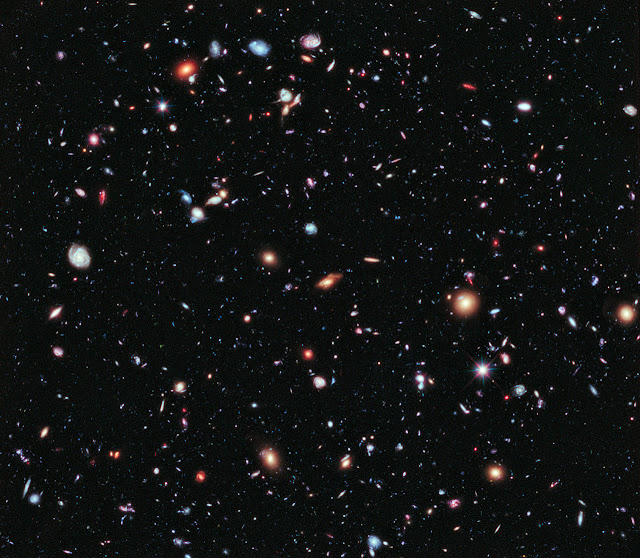 Most primitive cosmology myths, including the Biblical one, tended to view the Earth as the center of the cosmos. Like this. I don't think it can be understated how humbling an image like the above ought to be. In light of these kinds of images, it seems to be the height of arrogance to conjecture that all this was "designed" with us in mind – we who took nearly 14 billion years just to arrive on the scene in a cosmically insignificant speck in one of billions of galaxies, each filled with hundreds of billions of stars.