- September 05, 2012
Reflecting still on David Marshall's critique of the "Outsider Test for Faith", I'm a bit surprised at statements like this:


If the OTF shows anything empirically, it shows that Christianity must possess remarkable reserves of plausibility to have convinced so many people, in so many cultures, to risk so much, to follow Jesus.

There seems to be an assumption in statements like this that people are generally good at critical thinking. If someone converts, chances are they were presented with the evidence of a religion, dispassionately examined it and contrasted it with the claims of other religions, and accepted its truth only after a rigorous process of education and logical deduction. 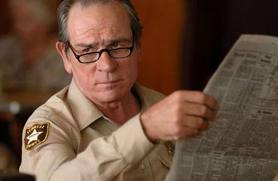 Of course nothing like that happens. It doesn't happen with religion, and it doesn't happen with most things. Politics? It's like an ounce of reason for every pound of rhetoric. Economic forecasters are notoriously awful at their jobs because consumers do not behave rationally.

It reminds me, because I am a nerd, about an article I read recently that criticized Star Trek's Spock as illogical (I Googled for it, but it turns out that there are lots and lots of such articles). The article pointed out that it's illogical of Spock to assume, as he often does, that other sentient races will behave logically (he always seems surprised when they don't!). If aliens are anything like humans, they suck at logic.

And suck we do. We are prone to a litany of cognitive biases that cloud our judgment. Consider, for example the thousands of people duped by exposed fraud Peter Popoff, the evangelical faith healer. Take your pick – conspiracy theories, pareidolia, UFOs, psychics, miracle healings, possessions (be they the Holy Ghost or any number of malevolent spirits), visions, prophecies, ghost sightings... mass delusions come in many, many forms.

The reason why the scientific method has been so successful is precisely because it identifies, and methodologically eliminates, the results of bias. Sometimes the path is tortuous, but it always gets there. Science does not work by eliminating the biases of researchers, because even those of us who are educated about good critical thinking are prone to all kinds of errors – including the ones we know a lot about! Instead, science works by identifying where bias occurs, and requiring evidence to be independently verifiable. Independently repeating results allows us to gradually fetter out cognitive errors.

There's a positively fantastic blog (yes... bold, italicized and underlined... that's how fantastic it is) called Unnatural Acts that can improve your thinking. It's written by Robert Todd Carroll, a retired professor of philosophy, and it's a cornucopia of info on how, specifically, we tend to be lousy at thinking rationally.

There is also a fantastic article that lists and describes some famous experiments in social psychology describing why people do irrational things. The number one cause? Other people. The worst evidence you can give for your belief is that lots of people believe it.