- September 04, 2012
Model-dependent realism is the idea proposed by Stephen Hawking in his book The Grand Design that "There is no picture- or theory-independent concept of reality. Instead we will adopt a view that we will call model-dependent realism: the idea that a physical theory or world picture is a model (generally of a mathematical nature) and a set of rules that connect the elements of the model to observations."

Some other quotes originally from The Grand Design, from the Wikipedia page on model-dependent realism:


"[Model-dependent realism] is based on the idea that our brains interpret the input from our sensory organs by making a model of the world. When such a model is successful at explaining events, we tend to attribute to it, and to the elements and concepts that constitute it, the quality of reality or absolute truth."

"According to model-dependent realism, it is pointless to ask whether a model is real, only whether it agrees with observation. If there are two models that both agree with observation ... then one cannot say that one is more real than another. One can use whichever model is more convenient in the situation under consideration."

"It might be that to describe the universe, we have to employ different theories in different situations. Each theory may have its own version of reality, but according to model-dependent realism, that is acceptable so long as the theories agree in their predictions whenever they overlap, that is, whenever they can both be applied."

When I read The Grand Design, this idea made perfect sense to me. There is no "ultimate" or "complete" picture of reality that we have by which to compare and contrast the validity of various scientific theories. Instead, we build theories, or 'models', of the world, which can be said to be more or less valid based on their ability to be independently verified.

Hawking also said, quite controversially and frankly quite nonchalantly (it seemed to be), that "philosophy is dead". And there seems to be some fuss around a few blogs – notably Why Evolution is True, Rationally Speaking, and Sandwalk – on the utility of philosophy as a tool for generating knowledge. Everyone seems to agree that philosophy, at the very least, helps us identify fallacious arguments and teaches us to use reason. But personally, I don't really think of "critical thinking" as synonymous with "philosophy". When I think of philosophy, I think more about things like metaphysics. Metaphysics, according to the almighty Wikipedia,


Metaphysics is a branch of philosophy concerned with explaining the fundamental nature of being and the world,[1] although the term is not easily defined.[2] Traditionally, metaphysics attempts to answer two basic questions in the broadest possible terms:
A person who studies metaphysics is called a metaphysicist[4] or a metaphysician.[5] The metaphysician attempts to clarify the fundamental notions by which people understand the world, e.g., existence, objects and their properties, space and time, cause and effect, and possibility. A central branch of metaphysics is ontology, the investigation into the basic categories of being and how they relate to each other.

I'm just going to lay it all out there: I think metaphysics, as a field of inquiry or as a means for attaining knowledge about reality, is complete and utter bullshit. It's useless rhetorical garbage. Essentially, metaphysics attempts to do what, according to model-dependent realism, cannot be done: establish a theory-independent model of reality. I don't see how that can be done, in principle. Everything we know about reality is wholly dependent on observed evidence. You cannot learn about reality through reason alone – in large part because, as quantum mechanics and general relativity both demonstrate, reality is often counter-intuitive and defies known laws of logic. 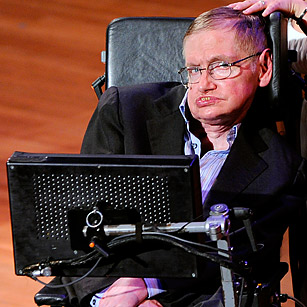 I think, in fact, that quantum mechanics stands as a monument to why model-dependent realism is both true and irreconcilable with philosophical metaphysics: particles can be in two places at once; they interact probabilistically, not causally; they exist simultaneously as waves and points; they can affect each other instantaneously even when separated by vast distances. None of these things ought to be true if the laws of logic were immutable truths about the nature of reality.  Modus Ponens, perhaps the most basic rule of logic – if P, then Q, the process of cause and effect – is simply an invalid description of reality on the quantum scale. But the fact that classical logic does not apply at the quantum scale does not make quantum mechanics any less "real". Like the rules of logic, which are rooted in Newtonian physics, quantum theory is simply one model of reality.

When I read The Grand Design, I took Hawking's controversial statement to mean, essentially, philosophical metaphyics. Natural theology? It's bogus. I do think that philosophy, in terms of discussing rules of logic or subjects like ontology and epistemology, has plenty of value. But it's clear that metaphysics is not a valid means for generating new knowledge about reality, and that it's simply not possible to have a valid picture of reality that exists independently of observation.