Showing posts from November, 2012
Show all

Bill O'Reilly: Christianity isn't a religion and atheists are fascists

- November 22, 2012
There's something about saying you're 'thankful' that's always sounded quasi-religious to me. Sort of like saying that you're 'blessed'. It makes me think, Why on Earth would some deity give you all these nice things when so many others are suffering? Some people are arrogant enough to think they deserve it; others just don't think much about it all. So when I say I'm thankful, I'm thinking about all the things that others have given me. Not tangible things (well... some tangible things), but love, support and friendship... the things that are the most valuable to me. So here are some of the things I'm thankful for: My family. I'm lucky that my parents, both retired now, live close by. I'm able to see them most every week. I have a great relationship with them both. And while I don't talk to my brother much since he lives a busy life as a musician in Los Angeles (playing guitar for Rita Wilson ), he's probably the o
Post a Comment
Read more...

The problem with philosophical metaphysics

- November 20, 2012
Stephen Hawking said that philosophy is dead. That probably hasn't sat well with some philosophers, but he's right – at least in the sense I think he means. To my mind, there are essentially two major branches of philosophy – one deals with logic, critical thinking, and the implications of science for the human experience. I think that type of philosophy is doing just fine, and probably always will.  The other kind is the trying to figure shit out kind. The kind that asks questions like, "What is the nature of time?", or "Does the universe require a cause?" That's philosophical metaphysics, and it's dead in the water. Science wins because it works. The underlying principles of scientific inquiry weren't developed overnight; they developed over millennia, through rigorous trial and error. Over time, we began to figure out that certain types of methods produced results that, when others repeated our experiments, could be duplicated. They all
Post a Comment
Read more... 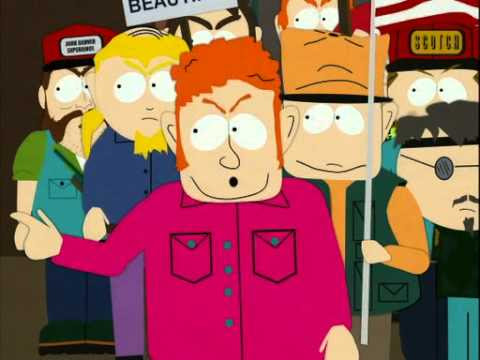 Of all the insufferable douchebags on Earth, few are more insufferable and more douchebag than Fox News' Bill O'Reilly. It's not just that he's a egomaniacal blowhard , that he's prone to logical fallacies , or that he thinks dumb people watch Comedy Central and smart people watch Fox News, when the exact opposite is true . Now, Bill O'Reilly has made an ass of himself yet again, this time responding to this segment: Reports Huffpo : O'Reilly used a portion of his "Reality Check" segment on his Monday night Fox News broadcast to respond to criticism lodged at him by the "Daily Show" host. Stewart lampooned O'Reilly for "lamenting" that "traditional Americans" did not reelect President Obama and therefore, "traditional America as we knew it is gone." "Bill O'Reilly, what are you talking about?" Stewart asked on his program last week. "Well here's what I'm talki
Post a Comment
Read more...

- November 19, 2012
You may have heard the news that the FDA is looking into some deaths purportedly associated with various energy drinks. Depending on where you read it though, the headlines may have been pretty misleading. The New York Times did it right; the headline is simply " F.D.A. Posts Injury Data for 3 Drinks ". The article correctly states, The filing of an incident report with the F.D.A. does not mean that a product was responsible for a death or an injury or contributed to it in any way. But others have been handling things a little more sensationally. Anais Fournier, a 14-year-old Maryland girl, died after consuming two 24-oz Monster energy drinks in a 24-hour period [ 1 ]. This, along with some complaints about Five-Hour Energy (aside from "tasting like shit"), has spurred some headlines like this: When caffeine kills: Energy drinks under the spotlight 13 deaths linked to energy drinks; FDA investigates  More Deaths, Illness Linked to Energy Drinks Sigh.
Post a Comment
Read more...

- November 17, 2012
I've seen some stuff about this bandied around Facebook, and there's a piece on it in Huffpo : Walmart's Internal Compensation Documents Reveal Systematic Limit On Advancement Here's an excerpt: The company website declares that " a job at Walmart opens the door to a better life " and "the chance to grow and build a career." But interviews with 31 hourly workers and one former store manager reveal lives beset by paychecks too small to handle the bills, difficult to manage part-time schedules with hours subject to constant change, and little reason to hope for career advancement. If you have no idea what this is all about, here's the gist of it: a bunch of Walmart employees are complaining about the low wages, and are planning to strike on Black Friday. I think that it won't happen. Maybe some people will strike, and they'll probably just get promptly fired and replaced. Most Walmart jobs have practically zero entry barrier.
Post a Comment
Read more...

Conservative reactions to the election

- November 16, 2012
I know it's been a while since my last update. I'm sorry. Life happens, man. Fortunately it's all life happening in a great way, but still.... I just haven't had much time to write. One thing I've noticed though, because it's nearly impossible not to, is the conservative reaction to the election. I don't just mean the disappointment – that's inevitable when your pick doesn't win. What I mean is the outright batshit crazy nutbaggery that, in my mind, reinforces why conservatives lost the election. First things first though. Conservative pundits set themselves and their followers for extreme disappointment by, against all the available polling data, predicting a landslide win for Romney . How are they taking the loss? Not well. Not well at all.... Rush Limbaugh claims that Obama's tax plan will usurp capitalism [ 1 ] Former SNL and all-around crazy train Victoria Jackson tweeted that "America died", that Christians didn't &
Post a Comment
Read more...

- November 07, 2012
Today I was reading a new post over at one of my favorite blogs, Unnatural Acts That Can Improve Your Thinking , by Robert Todd Carroll. The post is on informal logical fallacies – what they are, various kinds of them, and several examples of the different kinds. I'm sure that anyone who's spent a while debating on the interwebs has heard various phrases bandied about like begging the question , straw man, ad hominem , etc. – all examples of informal logical fallacies. As I was reading the post, I thought back to some of the discussions/debates over my "Why Christianity is Bullshit" series, and it wasn't hard to think of several arguments frequently and repeatedly advanced by theists that are informal logical fallacies. So I thought what I'd do is comb through Carroll's excellent post, and draw out some examples from my own experience to illustrate just how reliant theism is on demonstrably fallacious arguments. First, Carroll primes us on what an inf
Post a Comment
Read more...

Prior to the election, I'd been following fivethirtyeight.com , which is probably the most accurate tracking website out there. I don't know what their secret is, but they're good. Really good. In any case, they had projected Obama to have a 90%+ chance to win, so his re-election was no surprise to me and I was very glad that Mittens is on his way back to Kolob. But it wasn't Obama's re-election that had me feeling great; it was all the other progressive victories. It was a good night: Todd Akin, infamous for his boneheaded remark that women are unlikely to get pregnant in the case of "legitimate rape", was soundly defeated. The fact that he was defeated by a woman makes it that much sweeter. Richard Mourdock, with his clumsy remark about pregnancy resulting from rape being something "God intended to happen", was also defeated Maine and Maryland became the first two states to legalize gay marriage by popular vote. Floridians rejected an am
Post a Comment
Read more...

- November 01, 2012
I've whipped out three parts to the Why Christianity is Bullshit series. That's probably going to be enough. I'm ready to get back to more heady topics, like the book on physics by Alexander Vilenkin that I'm reading. Those type of posts don't get as many comments, but I personally enjoy them much more. This weekend I'm heading to Wisconsin to visit my 91-year-old grandmother. She's really a wonderful woman, and while she's not sick or anything, she's have a rough time... several falls in the last few months, and sleeping much of the day. I figure I ought to see her while I still can, as she's very dear to me. When I come back, it's looking like I'll have a pretty rough week at work as my boss will be out of town, so I'm not sure how much writing I'll be able to do. It may be quiet around here for a bit. Hopefully the polemical nature of the last few posts will spark enough discussion to keep the place lively until my return.
Post a Comment
Read more...
More posts