- December 16, 2012
Emperor Palpatine Pope Benedict XVI, in his ironically titled "World Day of Peace", joined the chorus of religulous idiots who think gay marriage, is some horrible scourge on society:

"There is also a need to acknowledge and promote the natural structure of marriage as the union of a man and a woman in the face of attempts to make it juridically equivalent to radically different types of union," the pope said in his message for World Day of Peace 2013, which was presented by the Holy See on Friday.

"Such attempts actually harm and help to destabilize marriage, obscuring its specific nature and its indispensable role in society.

"These principles are not truths of faith, nor are they simply a corollary of the right to religious freedom.

"They are inscribed in human nature itself, accessible to reason and thus common to all humanity.

"The Church's efforts to promote them are not therefore confessional in character, but addressed to all people, whatever their religious affiliation.

"Efforts of this kind are all the more necessary the more these principles are denied or misunderstood, since this constitutes an offence against the truth of the human person, with serious harm to justice and peace". 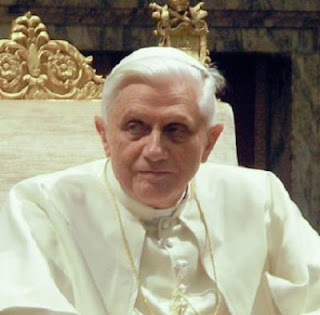 Y'know, no matter how much religious nuts hate it, the science is in: being gay is not bad for gay people, bad for children, bad for families, or bad for society. The only people it's bad for are religious quacks like the Pope, who would rather have gay people repressed. Y'know, the type of people who say that a gay man ought to "hope to marry a Christian girl".

Well, the decades of research have been unambiguous. The public tide is turning, in both secular society and within religions themselves. The more people like the pope make their position clear, the more they'll be fracturing their own followers and spurring apostasy.