- December 12, 2012
William Lane Craig is mighty upset that the American Humanist Association has a new website aimed at kids who are either non-believers themselves or are being raised in non-theist homes. He's so upset, golly, that he wrote an op ed in the Washington Post about how unsophisticated we non-believers really are. Those "condescendingly dismissive" atheists are cowering in fear, utterly humiliated by the mighty intellect of William Lane Craig laying the beat-down on their most cherished beliefs! 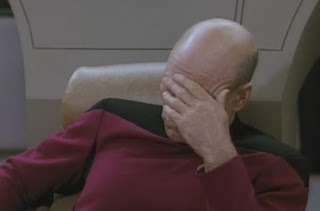 Whenever Craig opens his mouth to pat himself on the back (which is most of the time), he just digs his hole deeper. He starts out innocuously enough:


One doesn’t need to be a naturalist in order to endorse curiosity, critical thinking, tolerance, and the pursuit of accurate information on a wide range of topics.

Well gosh, that's true! But you do need to be a naturalist to avoid the religious trappings of wholly irrational beliefs like, I dunno, the "self-authenticating witness of the Holy Spirit".


For example, why think that naturalism is true? The last half century has witnessed a veritable renaissance of Christian philosophy. In a recent article, University of Western Michigan philosopher Quentin Smith laments “the desecularization of academia that evolved in philosophy departments since the late 1960s.” Complaining of naturalists’ passivity in the face of the wave of “intelligent and talented theists entering academia today,” Smith concludes, “God is not ‘dead’ in academia; he returned to life in the late 1960s and is now alive and well in his last academic stronghold, philosophy departments.”

Notice that the opening sentence above has no connection whatsoever to the rest of the paragraph, unless Craig is really arguing that we shouldn't think naturalism is true because there are religious people in philosophy departments. But Craig's wrong. According to a worldwide survey of academic philosophers conducted by researches at the Australian National University in Canberra, approximately 73% of academic philosophers accept or lean toward atheism.  If there's a big revolution in Christian academic philosophy, no one seems to be noticing.


The New Atheism is, in fact, a pop cultural phenomenon lacking in intellectual muscle and blissfully ignorant of the revolution that has taken place in academic philosophy. In my debates with naturalistic philosophers and scientists I have been frankly stunned by their inability both to refute the various arguments for God and to provide any persuasive arguments for naturalism.

I'm stunned that Craig thinks anyone would be either surprised or impressed by the fact that he thinks he wins his own debates. But if atheists are doing such a lousy job, why does survey after survey find religious affiliation plummeting in the US and Europe, especially among young people? Why is religious affiliation positively correlated with lower intelligence? And why on Earth do atheists know more about religion and the Bible than most Christians?

It gets worse, though...


Moreover, naturalism faces severe problems of its own. The philosopher Alvin Plantinga has argued persuasively that naturalism cannot even be rationally affirmed. For if naturalism was true, the probability that our cognitive faculties would be reliable is pretty low. For those faculties have been shaped by a process of natural selection which does not select for truth but merely for survival. There are many ways in which an organism could survive without its beliefs’ being true. Hence, if naturalism were true, we could not have any confidence that our beliefs are true, including the belief in naturalism itself! Thus, naturalism seems to have a built-in defeater that renders it incapable of being rationally affirmed.

Plantiga "argued persuasively" to whom, exactly? Oh, that's right. William Lane Craig. Not really very many other people. Plantinga's argument is kind of ironic, because if there's anything that science has taught us, it's that our cognitive faculties are indeed often extraordinarily unreliable.Why would god design brains that are so easily prone to delusion? Perhaps because he enjoys William Lane Craig's op eds?

Craig then goes on with his usual canard about how naturalism can't provide a framework for any morals:

Humans don't have objective moral value. We may have, per Sam Harris, objective reasons for behaving a certain way, but moral values themselves are always relative and contextual – and even Craig himself tacitly admits this when he touts the "divine command theory" as a justification for God commanding the genocide of Canaan. Genocide is objectively wrong now, but objectively right when God commands it. See the problem? You can't have it both ways. If an act is intrinsically wrong, God cannot be justified in commanding it. But if it's God commanding something that makes an act good or bad, then no act is intrinsically good or bad – pulling the rug out from the feet of Craig's own argument.

Further, even if it were true that objective morals were grounded in God, we run into a fatal impasse in that nobody has direct, objective, independently verifiable access to the mind of God. God's truth, supposedly, is "known" by revelation – the self-authenticating-witness-of-the-Holy-Spirit kind of revelation. But without objective access to this objective moral law, no one can agree on what, exactly, the Holy Spirit is saying – or if the Holy Spirit is the one you should even be listening to in the first place.

Science lands the coup de grace with a study showing that people simply ascribe their own preconceived moral values to God:


"People may use religious agents as a moral compass, forming impressions and making decisions based on what they presume God as the ultimate moral authority would believe or want," the team write. "The central feature of a compass, however, is that it points north no matter what direction a person is facing. This research suggests that, unlike an actual compass, inferences about God's beliefs may instead point people further in whatever direction they are already facing."

Craig further claims that humanists have to "defeat" both the theist (who claims morality is grounded in God) and the nihilist, who claims morals are subjective and ultimately meaningless:


That is to say, even if the theist were wrong, that would not mean that the humanist is right. For if God does not exist, maybe it is the nihilist who is right. The humanist needs to defeat both the theist and the nihilist. In particular, he must show that in the absence of God, nihilism would not be true.

I agree that these are topics worth discussing. But we're all in the same boat here – each arguing for one of three positions; if any one 'wins', the other two lose. I'm not sure why Craig thinks his position is special. And, who, might I ask, decides whether a position 'wins' or 'loses'? Why, the esteemed Dr. Craig seems eager to volunteer:


Humanists tend to be condescendingly dismissive of theism and oblivious to nihilism. Meanwhile, they blithely extol the virtues of critical thinking, curiosity, and science, apparently unaware of the incoherence at the heart of their own worldview.

This is coming from a guy who holds a belief that by his own proud admission is immune to evidence and argument, and who believes that only God's own blood had enough magic power to save humanity from the curse he put on it – so he made himself a body (which was himself) and sacrificed himself to himself.

In retrospect, Craig's op ed was pretty much a cut and paste job from any number of other things he's written; he had nothing at all to say about the AHA's website itself. But launching into a tirade over humanism because the AHA has a website aimed at kids is more than a little hypocritical, considering this: 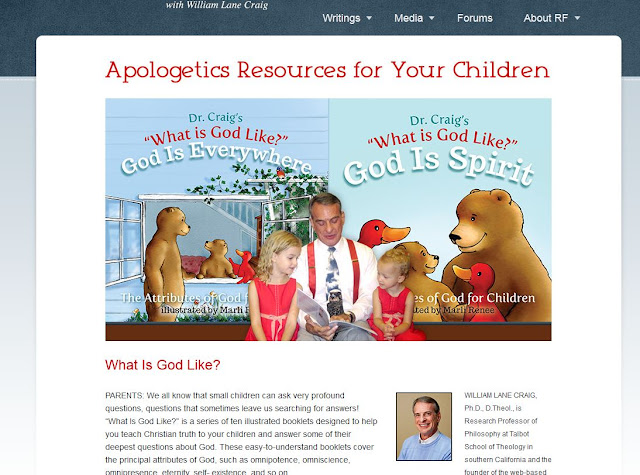