- January 17, 2013
I'm no fan of guns. Guns don't kill people – people kill people, goes the conservative maxim. By that logic, knives, nuclear bombs, guided missiles, rocks, swords, brass knuckles or even bare fists don't kill people. They're all simply tools. But as far as efficiency goes, guns rank pretty high among tools of death-dealing. They may not have a will of their own, but for those who do have the will to harm others guns sure make the job a hell of a lot easier than rocks, knives or fists. 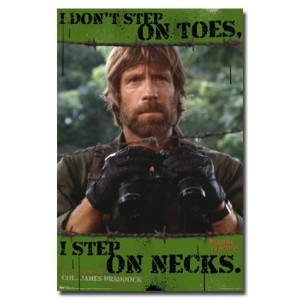 Like Sam Harris, I find it eminently reasonable in many circumstances to own or carry a firearm for personal protection. While it's unfortunately true that statistically guns are responsible for far more accidental shootings than home protection, reasonable people can take steps to make such risks negligible such that they are far outweighed by the benefits of owning a firearm. In the unlikely event of a home invasion, it's simply unrealistic to expect police to arrive in time to prevent a confrontation and unless you are the living embodiment of Chuck Norris mythology, there is simply no more effective tool than a firearm for personal defense.

This week, Barack Obama will be pushing legislation through congress that attempts to curb gun violence through four broad means: universal background checks for all gun buyers, a crackdown on gun trafficking, a ban on military-style assault weapons and a ban on ammunition magazines holding more than 10 bullets. On its surface, much of this seems sensible. There's simply no pragmatic reason to own an assault rifle, or high-capacity magazines. And while the use of such tools in crime is exceedingly rare, the shooting in Aurora this year is a reminder that the ubiquity of these weapons is not in our best interest.

But there are problems. With any such legislation, it's essential to ask two questions: 1) Are the laws enforceable? and 2) If they can be enforced, will they be effective? I must confess that on both counts, I think the Obama administration's proposal leaves something to be desired.

The first problem is the prevalence of assault rifles and high-capacity clips already on the market. Even if we were to implement costly buy-back programs as incentives, it's unlikely that most gun aficionados would idly hand over their weapons. Like it or not, we must deal with the reality that these firearms are already widely distributed.

Then there is the issue of background checks and the infamous "gun show loophole" that politicians have been promising to close since Clinton was president. It's difficult to "close" because essentially all it means is that private gun sales are not regulated – the exchanged need not even be at a "gun show". Enforcing the use of background checks in private gun sales is a  dubious venture – there are simply far too many of them to catch and, since they are private sales, few ways to monitor them unless they are indeed in public venues like gun shows. Further, there are a great deal of problems with the background check system and while Obama's proposed legislation would provide some incentives for improvement, the problems are quite severe and will take quite some time (like, years at best) to dissolve. I most emphatically do support closing such loopholes in as many ways as possible, but we must have realistic expectations about what this legislation can accomplish. 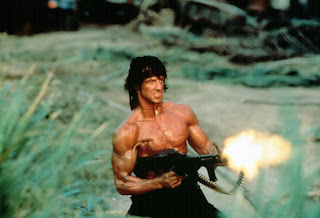 And I think what we all wish it to accomplish is simple: to reduce the incidence of gun violence, especially the mass shootings that are front and center in the news. But the shooters in these scenarios need not depend on illegally obtained firearms or high-powered assault rifles; the Virginia Tech shooting – the bloodiest on record – required only two pistols –  a .22 and a 9mm. The Sandy Hook shooter stole the firearms from his mother. The relative ease of availability will make any well-intentioned legislation little more than a bump in the road.

I've said before that I believe the real solution to these shootings comes not so much from legislating firearms, but from improving our health care system so that those who need help can get it and from educating communities so that individuals who are at risk can be identified and helped before they harm others. Unfortunately, this isn't a simple, slap-it-on-a-piece-of-paper solution. It will require a great deal of resources and reform. But it's the right solution.

We should also remember that while we can never realistically expect to eliminate gun violence altogether, we are already living in a time in which our odds of being victims of violence is historically marginal. As Steven Pinker explains in The Better Angels of Our Nature: Why Violence Has Declined, it is counter-intuitive given what we see on the nightly news but it is true nonetheless: we are less likely to die in mass shootings or from gun violence now than ever before. So while it's only logical that we take all the steps we can to further reduce violence, we shouldn't forget that things are not as bad as they seem, nor are the solutions as simple as we would like them to be.