William Lane Craig: the gift that keeps on giving

- March 13, 2013
I know there's been a lot of William Lane Craig around here lately, and I swear the aforementioned posts I've drafted (see previous post) have absolutely nothing to do with Craig. But earlier today, as I do occasionally, I hopped over to Reasonablefaith.org and read the "question of the week". And man, to use Craig's words, I can't make this stuff up. The things he says range from insidiously misleading to flagrant inanity, and they just keep on coming.

This week, the question was in regard to a fact-check of his recent debate with Alex Rosenberg, written by the Indiana University Philosophical society. Specifically, the reader inquires about their response to Craig's assertion that the cause of the universe (sigh) is personal:


We have to be especially wary of the fallacy of equivocation here. Craig uses 'immaterial' to mean 'outside the universe' (like God), but he also uses it to mean 'not spatially extended' (like ordinary human mental states). But my mind is in the universe; more specifically, it's in the United States. My present hunger, for example, isn't nowhere. (Nor everywhere!) It's at the particular place where I am. But this means that we don't know of any minds that are nonphysical in Craig's sense, and it isn't obvious that there could be such minds. Likewise, minds as we know them are all temporal; it's not clear that we have any coherent idea of a thought or sensation existing outside time itself.

Craig's response is astounding – as in, it's astounding that an adult human actually believes this stuff.

First, as an aside, he once again falsely states that Bart Ehrman agrees with his "three facts" (down from four, apparently) about the Resurrection. This garbage was thoroughly and incisively rebuked by an intrepid Youtuber in the video "William Lane Craig misrepresents Bart Ehrman". Let's be abundantly clear: Craig is lying. There's simply no excuse for someone who regards himself as "a philosopher of religion" (more on that in a bit) to continually misrepresent one of his interlocutors.

But I digress. Craig's real zinger is this:


By “immaterial” I mean neither “outside the universe” nor “not spatially extended.” I am using the word in the ordinary language sense to mean “not material” or “non-physical.” So we do know of minds that are non-physical, namely, our own!

What? Even if one subscribes to substance dualism (which is masterfully debunked here), as Craig clearly does, its validity is about as far from being well-established as one can get. Every iota of evidence we have from neurology suggests that the mind is a product of and is wholly dependent upon the physical brain. (Steve Novella, a neurosurgeon, has quite a few excellent posts on the topic on his blog Neurologica, such as this one.)

But I can do even better. Even if substance dualism were a well-established, scientifically valid theory of mind, we still have no evidence whatsoever that a mind can exist independently of space, time, matter, energy, and for that matter physical brains. Even if you think that the mind runs on the brain like software running on hardware, there's not a shred of evidence that the software can run independently of the hardware. So Craig most clearly is begging the question by assuming the existence of non-physical minds capable of transcending known reality simply because he must assume as much to establish the existence of his personal God.

Then Craig resorts to a tired and rather pathetic attempt to shift the burden of proof:


If the blogger thinks that there cannot be such a mind beyond the universe, then he had better have some argument for that conclusion; otherwise he is just begging the question in favor of atheism. He raises the question whether it makes sense to speak of an atemporal mind, since all the minds we are acquainted with are temporal. But then the blogger has the burden to show that temporality is an essential property, rather than merely common property, of minds.

Atheism, or even materialism for that matter, does not rest on the assumption that all these "non-physical" analogs of physical things – time, causality, minds, whatever – cannot exist. Of course it's possible. But in Craig's own words, possibilities come cheap. To be an atheist, one only has to hold that belief in a deity is evidentially and rationally unjustified. NOT that God's existence is impossible, or that substance dualism can be conclusively disproved, or anything like that. Craig is the one asserting a theory of mind that requires substance dualism to be true, so the burden of proof is squarely on him.

In fact, I think the whole "you can't disprove x" charade is so transparently small-minded that I almost feel embarrassed for apologists like Craig. That's because it's always possible to define something in such a way that it is beyond our epistemic horizon and then claim it cannot be disproved. I could speculate, for example, that there exists a universe that has completely different laws of logic, mathematics, and physics. It's possible, and you can't disprove it! But so what? It's completely unfalsifiable and therefore irrelevant to any valid model of reality. Mere possibility is not something to be impressed by.

Craig then descends into another misleading charade regarding the Borde-Guth-Vilenkin theorem, but lord knows I don't need to rehash that again.


I am particularly amused though by Craig's apparent offense at being referred to as an "apologist", to which he responds by calling himself a "philosopher of religion". Golly, where would anyone get the idea that he's an "apologist"? 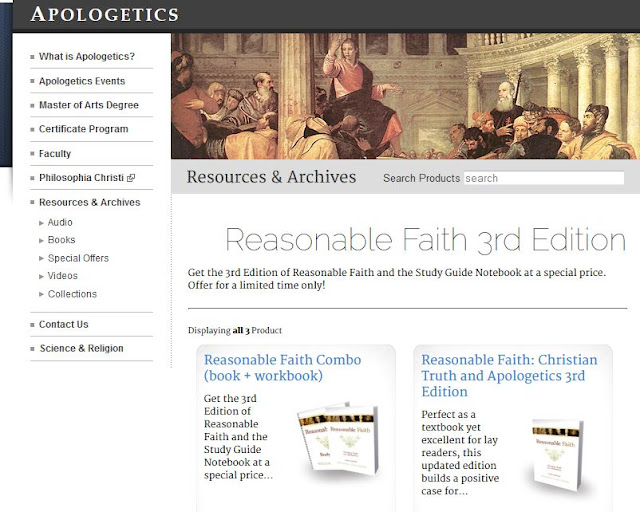 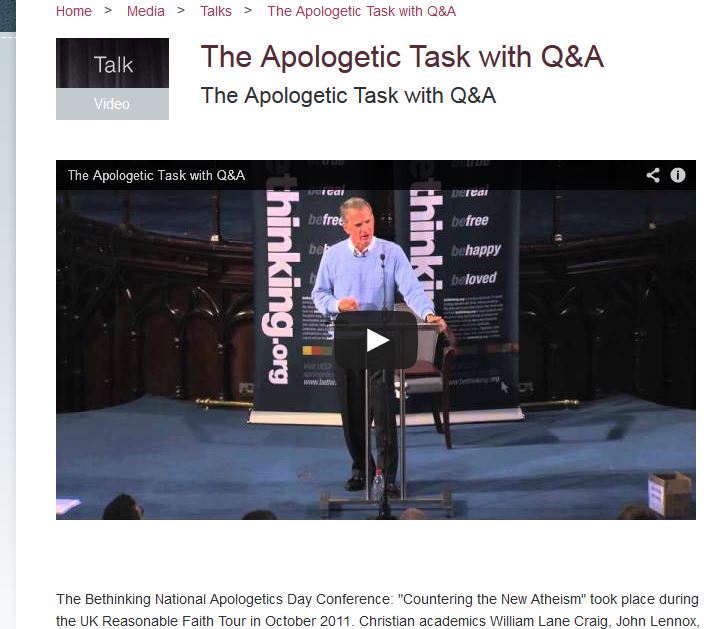