You weren't born an atheist

- March 05, 2013
A meme that I see popping up in gnu atheist circles with some regularity goes something like this: 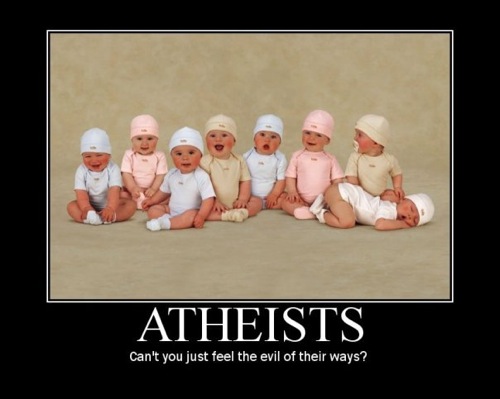 It's rooted in the idea that we're all born without a belief in gods, and hey, atheism is a lack of belief in gods too! Ergo, babies are atheists.

Well, no. One of the objections theists employ to counter the "lack of belief in gods" definition of atheism is the notion that all sorts of things lack a belief in god -- animals, babies, rocks, mulch, whatever. The appropriate counter to that asinine argument is that it's a given when we are describing a belief or lack thereof that we are discussing rational agents with the ability to comprehend and accept or reject certain beliefs. If we were at a party and you asked me who was single, I would presume that it wouldn't be necessary to mention that the lamp, the cat, the baby and the food are all unmarried.

If anything, we were all born agnostics. And on a great many things, including the existence of nebulously defined or epistemologically obscure deities, we still are or ought to be.