Hey look! Time may exist after all.

- April 23, 2013
A few posts back, I mentioned how my inquisition into the metaphysics of time led me to get pretty exasperated of the absurdity of metaphysical philosophy. Part of the whole controversy was the debate between "presentism" (only the present exists) and "eternalism" (the past and future also exist) which is an integral feature to something called the "block universe". 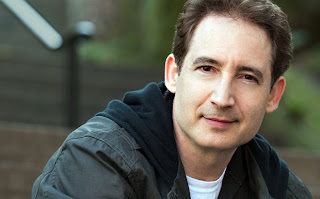 Supposedly, Einstein's theory of relativity deals a big blow to the idea that only the present exists, simply because what is the present for one observer is not necessarily the same for another. This is known as the "relativity of simultaneity". If eternalism is true, then time doesn't really "exist"; it's more of a useful fiction that describes the relationship between objects in space, which seems more consistent with relativity.

But to me, eternalism seems kind of nonsensical; I subscribe to model-dependent realism, and I can't imagine any experiment which could demonstrate that the future already exists, and clearly time is an integral part of our understanding of reality (making it as "real" as anything else in our experience). However, I'm reading Brian Greene's latest book, The Hidden Reality, and I came across something that would seem to show that you can have presentism (meaning you can accept that time actually exists) and the relativity of simultaneity, for both people who care. Here's the excerpt:

The passage of time depends on the particulars—trajectory followed and gravity experienced—of the measurer. When applied to the entire universe, or to our bubble in an inflationary setting, this immediately raises a question: How does such malleable, custom made time comport with the notion of an absolute cosmological time? We freely speak of the “age” of our universe, but given that galaxies are moving rapidly relative to one another, at speeds dictated by their various separations, doesn’t the relativity of time’s passage create a nightmarish accounting problem for any would-be cosmic timekeeper? More pointedly, when we speak of our universe being “14 billion years old,” are we using a particular clock to measure that duration?

We are. And a careful consideration of such cosmic time reveals a direct link between parallel universes of the inflationary and quilted varieties. Every method we use to measure time’s passage involves an examination of change that occurs to some particular physical system. Using a common wall clock, we examine the change in position of its hands. Using the sun, we examine the change in its position in the sky. Using carbon 14, we examine the percentage of an original sample that’s undergone radioactive decay to nitrogen. Historical precedent and general convenience have led us to use the rotation and revolution of the earth as physical referents, giving rise to our standard notions of “day” and “year.” But when we’re thinking on cosmic scales, there is another, more useful, method for keeping time.

We’ve seen that inflationary expansion yields vast regions whose properties on average are homogeneous. Measure the temperature, pressure, and average density of matter in two large but separate regions within a bubble universe, and the results will agree. The results can change over time, but the large-scale uniformity ensures that, on average, the change here is the same as the change there. As an important case in point, the mass density in our bubble universe has steadily decreased over our multibillion-year history, thanks to the relentless expansion of space, but because the change has occurred uniformly, our bubble’s large-scale homogeneity has not been disrupted.

This proves important because just as the steadily decreasing amount of carbon 14 in organic matter provides a means of measuring time’s passage on earth, so the steadily decreasing mass density provides a means of measuring time’s passage across space. And because the change has happened uniformly, mass density as a marker of time’s passage provides our bubble universe with a global standard. If everyone diligently calibrates their watches to the average mass density (and recalibrates after trips to black holes, or periods of travel at near light speed), the synchronicity of our timepieces across our bubble universe will be maintained. When we speak of the age of the universe—the age of our bubble, that is—it is on such cosmically calibrated watches that we imagine time’s passage being measured; it is only with respect to them that cosmic time is a sensible concept.


See? Now you can look at your watch without having an existential crisis.