- April 15, 2013
This past Saturday would have been Christopher Hitchens' 64th birthday. It's hard to overstate just how influential he was to me, and how much I admired him. I didn't always agree with him – I parted ways with him on the legitimacy of the Iraq war and his occasionally antiquated views of women, to name a couple. But his flaws and civil disagreements aside, he nonetheless rose to become one of the most formidable popularizers of atheism and rational thought in the last decade.

I still feel as though much of Hitch's conversations simply fly over the heads of some of his interlocutors. Watch his debates with Frank Turek and Bill Craig, for example, and it's as though they're so accustomed to a script that they can't keep pace with Hitchen's off-the-cuff approach. He left us far too soon, but he did leave us with some fantastic and provocative books, tons of entertaining soundbites on Youtube, and a cornucopia of quotable quotes. 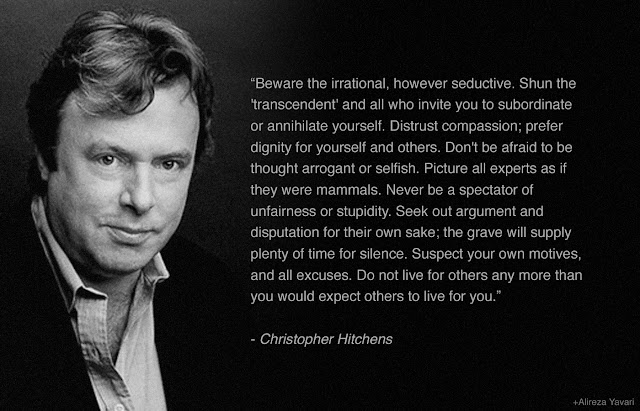