Remembering Roger Ebert, with thoughts on the afterlife

- April 05, 2013
Even as a kid, I remember seeing new theatrical releases proudly trumpeting "Two thumbs up!" from Gene Siskel and Roger Ebert. They had a TV show for a while in the 90s, and I remember always marveling that these guys actually considered themselves friends the way they got so worked up over their opinions of movies. 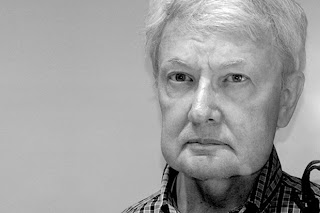 I gained a lot of respect for Roger Ebert during my tenure as a writer and editor for the video game webzine GameCritics.com. His plain-spoken style served as a nice contrast to the haughty pretentiousness that sometimes seeps into criticism of the arts and served as a model for my own writing. I liked that he seemed to recognize movies for what they were, not for what some would want them to be. He often praised schlocky action movies like the run of B-action flicks that Jackie Chan released in the late 90s, because he knew that they were intended to be silly escapism and judged them accordingly. Plus, he loved Prometheus; in that review and many others (his review of Contact comes to mind), he often articulated many of my exact thoughts on the film more concisely and poignantly than I ever could.

I never knew much about him outside of his movie-critic persona, but an essay in his book Life Itself: A Memoir, reprinted in Salon, reveals him to be an atheist. On death, he remarks,


Many readers have informed me that it is a tragic and dreary business to go into death without faith. I don’t feel that way. “Faith” is neutral. All depends on what is believed in. I have no desire to live forever. The concept frightens me. I am 69, have had cancer, will die sooner than most of those reading this. That is in the nature of things. In my plans for life after death, I say, again with Whitman:


I bequeath myself to the dirt to grow from the grass I love,
If you want me again look for me under your boot-soles.

And with Will, the brother in Saul Bellow’s “Herzog,” I say, “Look for me in the weather reports.”


Like Roger Ebert, I've never in my adult life found the sales pitch of eternal life to be persuasive or desirable. If we lived for an infinite amount of time, then eventually all possible experiences would be had and all possible knowledge would be attained. Eventually, there would simply be nothing to discover.

While I'm not normally fond of quoting Deepak Chopra, I loved his remarks on the afterlife that he made on The Colbert Report: "Hell costs a little more, because it's more interesting. If you were in Heaven, you'd be doomed to eternal senility... because there is no creative impulse in the absence of discontent."  That concept has often been raised in questioning why a perfect being (God as conceptualized in Western monotheism) would have a desire to create the universe and, eventually, people. Desire, like creativity, only arises as a consequence of discontent.

Then there are the paradoxes of Heaven: If we still have free will, what's to stop us from screwing it all up (in the Christian narrative, making the "Fall" happen all over again)? And if we had friends or loved ones in Hell, could we really be eternally content knowing that they were suffering horribly?


What I expect to happen is that my body will fail, my mind will cease to function and that will be that. My genes will not live on, because I have had no children. I am comforted by Richard Dawkins’ theory of memes. Those are mental units: thoughts, ideas, gestures, notions, songs, beliefs, rhymes, ideals, teachings, sayings, phrases, clichés that move from mind to mind as genes move from body to body. After a lifetime of writing, teaching, broadcasting and telling too many jokes, I will leave behind more memes than many. They will all also eventually die, but so it goes.

That, to me, is far more desirable than eternal life. I will eventually be forgotten, and that doesn't bother me; after all, why should future generations live their lives pining over the dead when there are so many wonderful experiences for them to have? In the sense that I do live on, I hope that I do so by spreading love and goodwill, by committing my ideas to (digital) paper, and through creation – be it in music, art, poetry, or that elusive world-changing idea.