- May 21, 2013
The other day, the popular Facebook page I Fucking Love Science posted this picture: 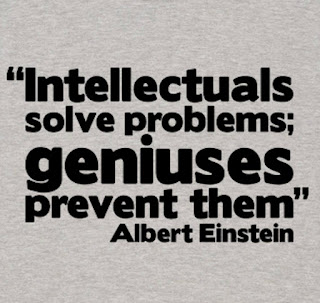 Aside from basically being meaningless drivel, the more glaring problem is that Albert Einstein never actually said this. His Wikiquote page keeps a healthy list of quotes frequently misattributed to him (there are many), but new ones like this seem to pop up all the time. And yet, at the time of this writing, the picture had over 10,000 shares.

On a more personal note,  an alert reader called my attention to a statistic I had used in the previous post – that Christians are over-represented in the prison population. It's a statistic that's been bandied about for years, and I'd never heard it challenged, but it turns out even the crack team at Friendly Atheist was aware of the dubious validity of the statistics.

It reminds me of the time that I hastily reposted a survey on religion and sex conducted by Darrel Ray, the results of which formed the basis of the book Sex & God: How Religion Distorts Sexuality. Problem is, the study upon which the book is based was both unpublished and poorly conducted. I ended up retracting my earlier post, and this is despite the fact that I think there are lots of good reasons to think that in many cases, conservative religious views of sex can have a profoundly adverse effect on sexual health. But if there's a study to demonstrate that, it wasn't the one Darrel Ray did.

I'd like to think I use my rational faculties as best I can, but the reality is that none of us are immune to errors like these – in my case, good old fashioned confirmation bias. We're more likely to trust sources that align with our views and, in many cases, can get lazy about double-checking the sources for ourselves.