Sometimes, I'm embarassed by other atheists 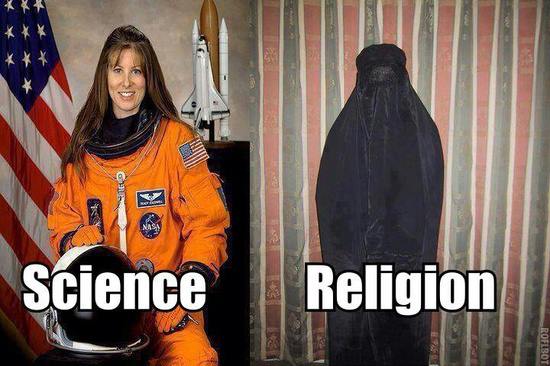 I feel like this is so obviously stupid that I think it's ridiculous that I have to actually explain it.

"Science" has no values. It's not proscriptive. Science can be used for great kindness, or great cruelty. A religious person could just as well make a similarly inane meme where one picture, captioned "Science with religion", depicts a missionary delivering vaccinations to impoverished children and the other picture, captioned "Science without religion", shows something like Nazi medical experiments or an atomic bomb.

I'm all for criticizing religion – particularly fundamentalism – but I think that in the process, it's important to remember that most religious people are normal, nice people. The good that is done by religious people far outweighs the bad – not necessarily because they're religious, but simply because they're human beings and we human beings (contrary to our occasional bad rap) tend to be kind to each other more often than we're cruel. Empathy is in our nature.

A better caption for this might be "cultures that respect women" versus "cultures that oppress women". Or maybe even "humanism" versus "fundamentalism". I don't know who the astronaut is in the picture, but statistically she's much more likely to be religious than not, as are the people who facilitated her education and accepted her into NASA.

There was a similarly dumb meme I spotted recently: 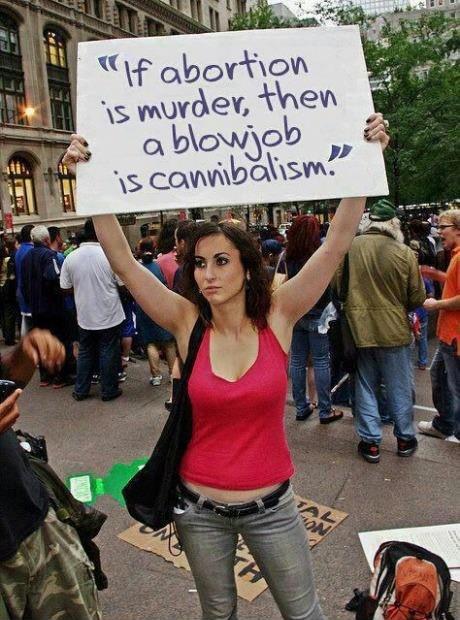 Sigh. I don't know, maybe this is photoshopped, because I don't want to believe anyone could be that stupid. And what was really stupid is that I saw this on the Facebook page for the Richard Dawkins Foundation, with the caption, "Reason!" Not that Richard Dawkins, or even Sean Faircloth, runs that page but good friggin' grief. I'm pro-choice, but any moron knows that the pro-life argument goes that life begins at conception. Again, it's astounding to me that I actually am writing these words.

While I'd certainly argue that atheism is the reasonable position to take, this all just goes to show that being a non-believer doesn't actually make you reasonable.